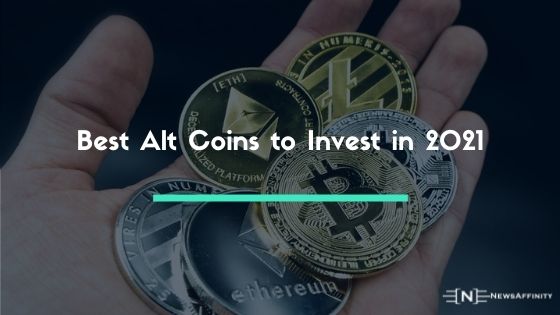 There are tons of different cryptocurrencies, ranging from Bitcoin and Ethereum to Dogecoin and Tether, making it difficult to get started in the world of crypto. So, let’s take a look at some of the most promising ones in 2021!

Bitcoin – the most popular cryptocurrency and Ethereum, have one thing in common: they were once inexpensive and yielded tremendous profits. But their enormous market caps prevent their prices from rising too quickly now that they’ve become widespread. However, altcoins, which are rival cryptocurrencies developed after Bitcoin’s breakthrough, are not in the same boat. Every altcoin is attempting to gain more attention, and most are failing. However, a few gems in the rough have that potential for high risk and tremendous profit. Nowadays, as cryptocurrency is gaining more momentum, you can use it to make a purchase in-store, trade it online, and you can even find Doge coin slots! So, let’s take a look at some of the most promising altcoins in 2021! These are the leading cryptocurrencies based on their market capitalization or the total value of all coins now in circulation.

Cardano is a decentralized public blockchain and is completely open-source, which means it’s community-driven. Cardano uses a programming language known as Haskell, which is a practical and functional programming language, meaning that it aims to be an applicable language for programmers. Moreover, Cardano isn’t just another “altcoin,” Cardano is a project with the scope of Ethereum, and its goal is to become a fully autonomous system that can manage itself and other cryptocurrencies. This means that it will be able to operate without any human intervention. Cardano is being developed by IOHK, a company led by Charles Hoskinson, one of the founders of Ethereum. Cardano was created in 2015 and launched in early 2017. It has managed to keep a steady value since then, and it even rose in late 2017. The long-term potential for Cardano is overwhelming. The cryptocurrency market is growing at an astronomical rate. So, with a team like IOHK backing Cardano, along with the fact that they are striving to be integrated into the financial world, Cardano definitely has the potential to be a top-notch coin in the near future.

NEO is a Chinese cryptocurrency that was first launched in 2014. NEO is often considered to be the Ethereum of Asia due to its use of smart contracts. However, it actually goes beyond that. NEO aims to create a Smart Economy. The way that they plan to do this is by digitizing traditional assets such as real estate, stocks, and more. This allows individuals to buy these assets via smart contracts on the NEO Blockchain. NEO has an amazing team behind them that is constantly working to improve their platform and expand their reach. They have a ton of support from the Chinese government and have huge plans for expansion in the coming years.

Stellar Lumens was founded in early 2014 by Jed McCaleb and Joyce Kim; two of the co-founders of Ripple. Stellar Lumens incorporates many similar characteristics as Ripple, but it improves upon it in many ways by creating an open-source protocol for currencies and assets. Much like Cardano and ETH, Stellar is on the rise, but it’s not as popular as those coins. This could be intriguing considering Stellar’s growth potential and the fact that its technology is already being used by a few popular companies. Such companies include Tempo, Chainius, and SureRemit.

Ripple is one of the most popular cryptocurrencies in the world as well as one of the most controversial ones. Many people believe that XRP is centralized and controlled by a single entity: Ripple Labs. However, this isn’t necessarily true. Ripple Labs simply helps develop new ideas and technologies with their vast network connections and resources. Ripple or XRP is still one of the most reliable cryptocurrencies on the market today due to its low transaction fees, quick confirmation times, scalability, security, and much more. So, although there are many who dislike Ripple due to its centralized nature, Ripple will continue to grow in popularity due to its reliability and speed.

Of course, I can not guarantee you that these will be the altcoins that will make it in 2021, that would be a lie, but from my extensive research, they look the most promising. Sure, buying Bitcoin might seem like an easy way to make a first step in the world of cryptocurrency, but as you get more advanced, diversifying your investment portfolio can help you minimize the risks associated with having all your eggs in one basket, and choosing wisely will let you have a share in the benefits of the high return rates of the new coins.