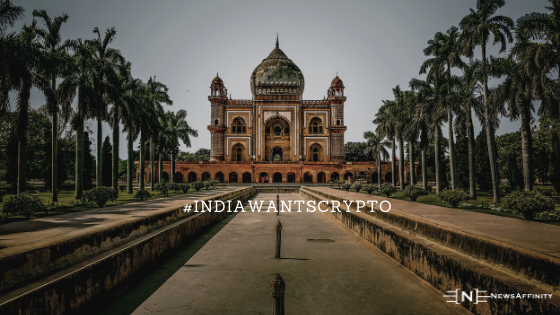 It was a great relief for the crypto community in India after the Indian Supreme Court lifted a central bank-imposed ban that prevented cryptocurrency businesses from accessing financial services. Some exchanges added support for bank account transfers within hours of the court ruling.

Binance and its local subsidiary have set up a new fund to reinvigorate growth in blockchain startups in India following a Supreme Court decision to allow banks to service crypto firms.

#Binance and @WazirXIndia announce $50,000,000 USD ‘Blockchain for India’ Fund to foster the growth of the Indian #startup ecosystem.

Binance and India-based bitcoin exchange WazirX – which Binance acquired last November – announced Tuesday their new “Blockchain for India” fund would incubate and invest in local startups that contribute to the creation of a sophisticated cryptocurrency and blockchain ecosystem for the subcontinent.

Let’s build a strong and vibrant crypto ecosystem in India.

The fund will make investments anywhere between $100,000 and $5 million.

Highlighting that India had one of the largest developer and software engineering talent pools in the world, WazirX founder and CEO Nischal Shetty said in a statement that the new fund would make full use of the “incredible potential that the Indian blockchain ecosystem has to offer.”

The new fund would be open to collaborating and co-investing with other local funds sharing the same goals, Shetty said. There will also be an initiative for supporting blockchain development and incubator programs in Indian universities.

Rival Mumbai-based exchange CoinDCX announced last week it had pledged $3.1 million towards an education campaign to promote cryptocurrency adoption in India, according to a press release.