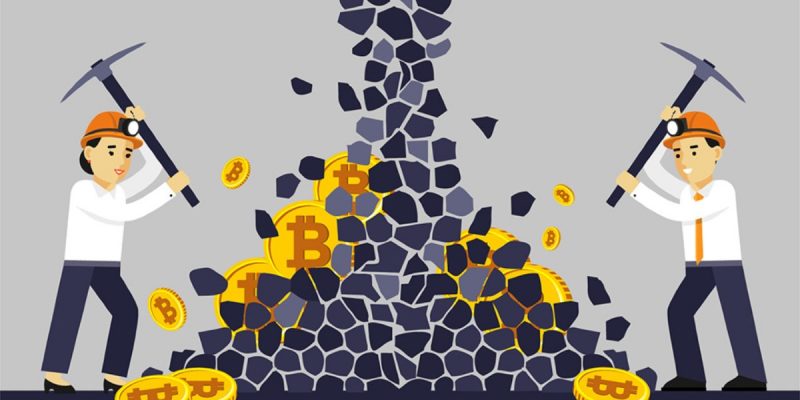 This Thursday, there has been a new setting in the network that significantly decreases the difficulty for mining Bitcoin. The adjustment has reached the level of 13.7 billion, equivalent to a decrease of 9,29%.

With this percentage reached, the difficulty level is reduced in a manner similar to that of January of this year. In addition, it is located in the eighth because of lower levels of the history of this criptomoneda. It is important to highlight that, on 27 march and 20 may, there were two reductions respective of difficulty.

What means a reduction of difficulty for mining Bitcoin?

In simple words, the drop in difficulty, it means that it is easier to undermine Bitcoin. Each 2.016 blocks mined (equivalent to about two weeks), the network automatically adjusts its difficulty. May 20 occurred the adjustment of -6%, which was the first of this new stage after the Halving.

It must be remembered that the Halving cut in half the reward of Bitcoins per block mined. This, coupled with the price of Bitcoin has not risen significantly, has led to the obsolete equipment out of the network.

Another important fact about this fact is that three drops consecutive difficulty are rare in the network. So much so, that it’s just the eighth time in the history of Bitcoin that occurs. This is according to data of Sasha Fleyshman, published on the social network Twitter.

Is it a positive or negative?

In general terms, it can be sure that this question has two answers: positive and negative. The first is in the short term for the miners obsolete, which could be more time taking profits. Of course, this depends on the cost of electricity in your location is low.

In terms of the miners more modern, such as the S17, for example, the situation is much more positive. In the case of China, with the rainy season, and the implied reduction in the prices of electricity, there could be no better time to mine.

It is a negative fact, on the other hand, if it expands the perspective. For example, in November 2018, the date of the last low on the difficulty to mine Bitcoin in a row, “The price of Bitcoin collapsed when the miners began to capitulate”highlights the portal ambcrypto.com.

During the above reduction of the difficulty, the past 20 of may, the price of the criptomoneda declined by -8% and since then it has remained volatile.

The total power of computing continues to rise

While, on the one hand, the difficulty to mine Bitcoin decrease, on the other, their hash rate, or computing power continues to climb.

This corresponds to two main facts. The first, by the already mentioned arrival of the rains in China. In the second term, for the beginning, since may, the commerce of the art equipment after the strict reduction of trade due to the pandemic of COVID-19.

The most important companies of manufacture of hardware mining, MicroBT and Bitmain, announced that the quota of pre-order for the batch of the next few months, until August, are sold out. Which indicates that the hashrate will continue to rise. Until the date is located at 108.4 Eh/s.

This increase in computing power, has decreased the average time of generation of blocks of 12 to 11 minutes. This could mean that, if it continues to rise, you rate and reduces the time to less than 10 minutes, the next adjustment, scheduled for June 16, could be an increase of the difficulty.