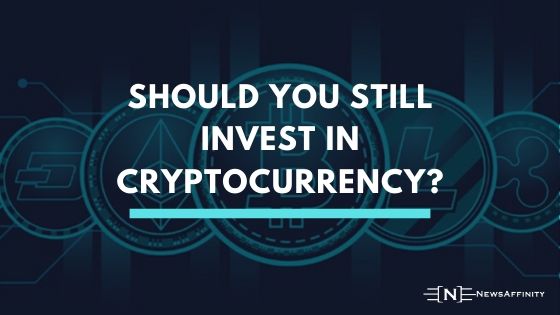 Cryptocurrencies have really captured the imaginations of investors over the past few years, with many having been dazzled by the periodic surges in prices.

This price instability has been a feature of crypto since the start and continued during 2019, with notable high points being an almost $10,000 rise in value for Bitcoin during the first half of the year and Ethereum’s value trebling during that same six months. Neither currency sustained this into the second half though, leading some to still question the worth of crypto as an investment.

There has always been some level of resistance to crypto investment, due to the intangible nature of the currencies – they do not exist as physical artefacts but only as digital concepts. The sometimes spectacular rises and falls in value of the currencies, which have seen investors gain and lose huge sums, have contributed to the idea that they are not worth the risk. Despite this however, plenty of investors have been willing to take a gamble up until now, so what does 2020 hold?

Expectations for crypto this year

Some industry observers came up with the phrase ‘crypto winter’ to describe the difficult period that cryptocurrencies went through during the latter half of 2019, but expectations are on the rise again for 2020. Crypto is still viewed as one of the top investments for this year and many observers are tipping 2020 to be the year that big global investors buy a stake in Bitcoin. Furthermore, they are arguing that this new backing will be balanced by continued asset management investing – supported by research showing that 94% of endowment funds now include crypto assets. It points to a positive outlook for crypto this year, but which actual coins would be the best ones to back?

Unsurprisingly, Bitcoin is liable to remain one of the more sensible crypto investments this year, and the currency has started it with a moderate but consistent price rise. The main rival to Bitcoin is Ethereum and its market performance largely mirrored that of its more famous competitor for much of last year. Both coins experienced a spike in value during 2019’s second quarter and Ethereum also benefits from a blockchain platform that is burgeoning, making it another currency worth looking at if you are considering investing in crypto.

If you are prepared to take more of a chance on a currency that could take everyone by surprise this year, XRP is one that you should look into. It has not had a particularly impressive start to the year, but the Ripple financial network behind it is now starting to challenge SWIFT and has hundreds of large finance firms using it. This suggests that XRP is a cryptocurrency on the rise.

Cryptocurrencies are definitely still an investment opportunity worth considering, as the risks involved are no different from previous years, but the likes of Ethereum, Bitcoin and XRP look especially encouraging prospects.

Why Gaining CompTIA Network+ Is Better Than Cisco? Are Exam Dumps Effective?