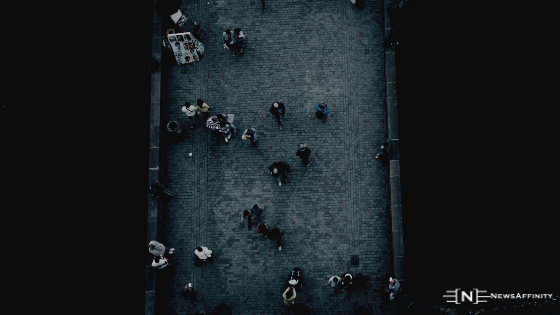 Consumers are essentially now paying one-twentieth of the price for a much more advanced piece of hardware. And so rapid developments in technology have led to near-universal access, especially in the developed world. A few key stats demonstrate the true extent of this reach. Around the world, 96% of internet users now own a smartphone device, and 70% own a laptop or PC.

Mobile phones and laptops used to be a premium, reserved for the affluent and high-powered groups who could afford them. Now, however, we’ve seen technology become democratized in a way that has reversed this exact sense of exclusivity – even among the lowest income groups in developed countries, ownership of a laptop is at nearly 80%.

Also Read: Cryptocurrencies are yet to deliver

The data reveals technology as the great equalizer – we all have access and, increasingly, we all have become dependent. If having a device and being tied to it is a fundamental part of mass culture, then there is nothing exclusive about that at all. And as we realize that this level of constant connectivity is bad for our health, sleep, and relationships, it’s something that many of us will want to pull away from.

To actively do this, however – to unplug yourself from the network – is incredibly disruptive for work, personal life, and successful daily functioning. Having the freedom and power to do this, therefore, is emerging as a new sign of status in society.

The unequal distribution of technology

Other research supports the observation that there are clear differences in people’s relationships with technology along income lines.

For example, access to smartphones in both high and low-income households is essentially the same in the U.S. However, research from Common Sense Media found that young children in low-income households are spending
nearly twice as long in front of screens vs. their affluent counterparts. When access to technology is provided to those that haven’t typically had it, outcomes have been shown to vary by income, as well.

The prevailing thought, especially in education, has been that a lack of technological equality would leave certain people worse off. But we are starting to better understand why there could be negative outcomes to this
in the first place. According to research from the Census Bureau’s 2016 National Survey of Children’s Health, longer screen time, especially at a young age, has been shown to be associated with higher rates of anxiety and
depression. And as people become aware of this and increasingly try to limit their exposure, the effects will inevitably be unequal, ultimately, because screens are cheap and human labor is expensive.

In attempting to remedy a “digital divide” we may have produced another; one in which the basic tenets of human interaction – long conversations, sustained eye contact, cuddling, play – are increasingly replaced by screens and voice assistants who take the load off of resource-poor parents, teachers,
and healthcare workers. This creates questions about how people will deal with interpersonal communication in the future when the way younger generations are interacting with technology is so divided. A thought-provoking New York Times piece captured this observation well, predicting that “how comfortable someone is with human engagement could become a new class marker.”