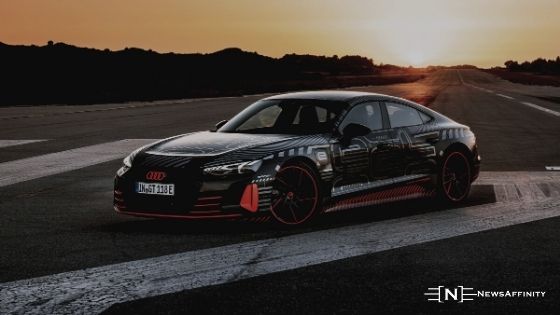 The Audi RS e-tron GT will make its international debut at the Cortina 2021 Ski World Championships, which will be staged from 7 to 21 February in Cortina d’Ampezzo . The car that will be exhibited in the central Piazza Roma is still the prototype version of the Audi RS e-tron GT, but it is safe to bet that the final version will be very similar to this one. To see it in its final form we will have to wait for the official presentation, which will take place online Tuesday 9 February from 19.00 and can be followed in live streaming .

Developed by Audi Sport and produced with innovative methods and sustainable technologies such as the closed cycle of aluminum, the electric Gran Turismo constitutes the pinnacle of the sustainable evolution of the sportiness of the Four Rings. A journey that began with the iconic Audi RS 6 Avant which has become hybrid and which will culminate with the supercar performance of the Audi e-tron GT: from 0 to 100 km / h in 3.3 seconds for the RS variant, fast charging up to 270 kW in DC and digital sound that “copies” the powertrain delivery. The Audi RS e-tron GT will be the most powerful electric car ever made by the Ingolstadt company. The new Gran Turismo is produced at Audi Böllinger Höfe, the carbon neutral certified site in Heilbronn, where cutting-edge technology is combined with skilful craftsmanship. 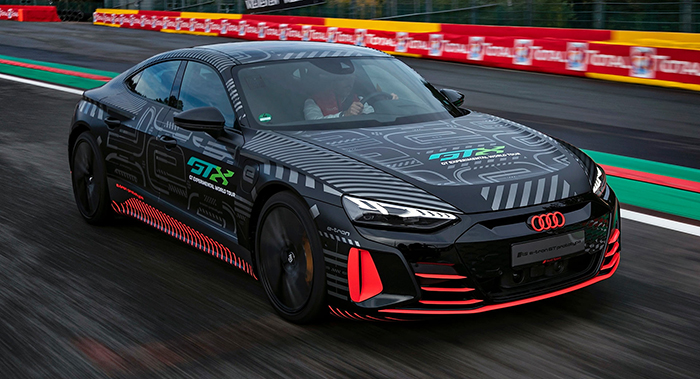 4.99 meters long and with a maximum power close to 650 hp, the Audi e-tron GT can count on a refined cooling system that guarantees both repeatability of performance and ultra-fast charging . Then there are solutions such as the adjustable suspension with adaptive triple chamber air suspension, carbon ceramic brakes and integral steering. The latter for the first time dedicated to a model of the e-tron range. Audi Italia has dedicated an exclusive online booking process to the RS e-tron GT, after which the first deliveries are scheduled for the second quarter of 2021.

It’s time to step into the future.

Over the course of the year, the e-tron family will also expand with the Audi Q4 e-tron, the medium-sized electron SUV entry model of the 100% electric Four Rings range, which within five years will be able to count on 30 highly electrified models, 25 of which are zero emissions, and on carbon neutral certification of all production sites. Returning to the exceptional stage of Cortina, the “Queen of the Dolomites” has already been an exceptional showcase for Audi national previews. After hosting the Audi e-tron quattro concept, which anticipated the production version of Audi e-tron, Cortina’s Official Car and the first 100% electric SUV of the German brand, Audi has chosen the Dolomite town to introduce the second to the public. generation of the Audi Q3 and finally the Audi A7 Sportback TFSI, the elegant plug-in hybrid touring car.