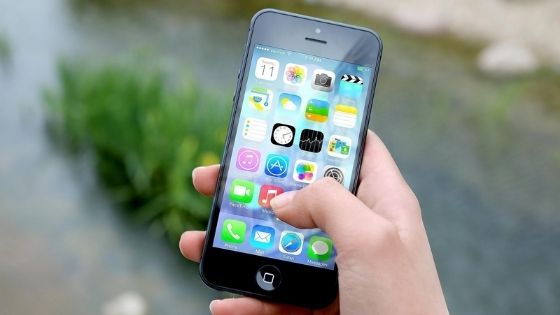 Post iPhone, the tech world has exploded with innovations to make our lives easier. In theory, apps have been designed all along with the purpose of reducing the mundane stressors in our lives—The apps that get a driver to pick you up from wherever you are to bring you back home, those that allow your favorite tacos to be delivered to you door, or even the ones that track your kids on their way home from school.

In theory, technology should’ve been the catalyst for our own intrinsic happiness; a device used in the toolkit of our lives. A tool. Like sunglasses, or perhaps a pair of orthopedic shoes, it was always supposed to be something we used to make the days better.

But what happens when the tool becomes the whole?

More and more research has been done about the negative impacts of technology—A far cry from those revolutionary speeches Steve Jobs once delivered from a podium, not too long ago.

As a society, we had no idea of the impact of phone dependency a decade or so in the past. Our smartphones have evolved into much of the core of who we are. But as technology advanced just slowly enough for us not to remember who we were without it, we forgot to consider the negative impacts it brings.

A professor out of Canada named Ron Sigrley once challenged his students to give up their smartphones for nine days in 2014, and then again in 2019. The results weren’t surprising, but very telling. Increased productivity, fewer interruptions, and more intimate connections were some of the results in just those nine days.

There are numerous other instances of almost immediate mental clarity and satisfaction from the removal of a smartphone from one’s life, if only for a while.

A  2019 study found that spending too much time on the internet, to the point of addiction, can impact our mental health in damaging ways. Even those who aren’t considered internet- addicted are also negatively affected by being online.

And it’s not just smartphones we must consider—smartphone accessories are also a big impetus of stress in Americans. According to a 2021 survey, fitness trackers have caused anxiety in over half of users. The ability for our phones to be strapped to our wrists have made them become extensions of our bodies, and the effects can be extremely harmful.

There will never be a time where phones go away. In fact, forecasters predict they will become even more embedded in our day-to-day lives in the near future and beyond. It’s up to the individual to decide how powerful their device will be in the context of their lives.

Whether it’ll be a tool, or the whole toolbox, is only dependent upon the person wielding it.

You can read more about the correlation between phones, increased anxiety, and the negative impacts on mental health here.

The Blockchain Life 2021 forum is just a few days away

By Vikas Kaushik7 days ago0