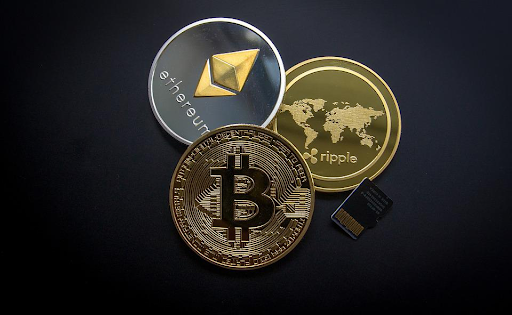 Blockchain and cryptocurrency are terms that have been used excessively in the past few years. You’ll frequently hear the terms “blockchain” and “cryptocurrency” used together. Even though they are two completely distinct technologies, they are still inextricably linked.

Here, both Blockchain and cryptocurrency are explained, along with the relationship between them.

Before sharing the guide to the Blockchain and Cryptocurrency, let’s discuss what these two terms mean.

Blockchain is a log of all cryptocurrency transactions that have ever taken place anywhere in the world. It is a system that keeps data in an encrypted format, making system hacking and deception nearly impossible. Blockchain is a system of distributed systems that serves as a public database for all data related to cryptographic transactions.

Data is distributed among hundreds or even tens of thousands of networked computers, providing each computer access, as opposed to being kept on a single central server. Everyone can now access the data, such as those engaged in cryptocurrency mining and trading. It is not governed or owned by any centralized authority.

A cryptocurrency functions as a digital reserve of value to acquire or sell things, services, real estate, or other valuable assets. Bitcoin and Litecoin are the two most widely used cryptocurrencies. These currencies are frequently not governed or distributed by any central body and are cryptographically safeguarded against forgery. Participants are in charge of managing the network instead. Cryptocurrencies are sometimes referred to as tokens or coins.

How Are These Related?

Because all Bitcoins were saved in a database when Blockchain was first launched as a database, the names are often used interchangeably. In 2009, Blockchain was not well-known by its original term. It was given that name because transactions were grouped into blocks and then connected using a hashing algorithm.

Blockchain is a collection of digital data, or blocks, distributed across a system of computers to create a database. It is simply a digitized, decentralized, public ledger. Verifiable transactions result in the storage of data in blocks, which are then filled up and added to the chain. Since cryptocurrency is a decentralized digital system, it also functions through the Blockchain.

Blockchain technology’s robust, secure method of storing, authenticating, and encrypting data is finding applications in a wide range of industries, including real estate, medicine, administration, and even art and music.

The storage and movement of money from one institution to another is one of the key services provided by the financial sector. This calls for a reliable middleman, such as a bank. By decentralizing transactions, Blockchain effectively eliminates the necessity for such intermediaries.

Because the network of base stations (the various computers that host the shared database and that validate transactions) can cross-reference to discover the source of a disputed charge, data stored on Blockchain is rendered tamper-proof.

The tokens on blockchains that are more frequently referred to as “NFTs” differ from cryptocurrency in that they represent one-of-a-kind digital assets. NFTs can technically represent possession of anything. However, they are primarily used to purchase and exchange digital artwork. A lot of the time, this digital art is already created and publicly accessible online for anybody to view, acquire, or download. Imagine the distinction as being between having an original artwork and a replica of it.

Blockchain has several possibilities for storing medical records as a decentralized system. For example, personal health records (PHR) are generally maintained by people and gather information from devices, hospitals, medical institutions, and pharmacies. Patients who maintain PHRs may occasionally question the accuracy of the data. They would be secure, traceable, unalterable, and auditable if they were stored on blockchains.

This article shared what Blockchain and cryptocurrency are, along with the relationship between the two. It also shared the various applications that Blockchain has in the current world.