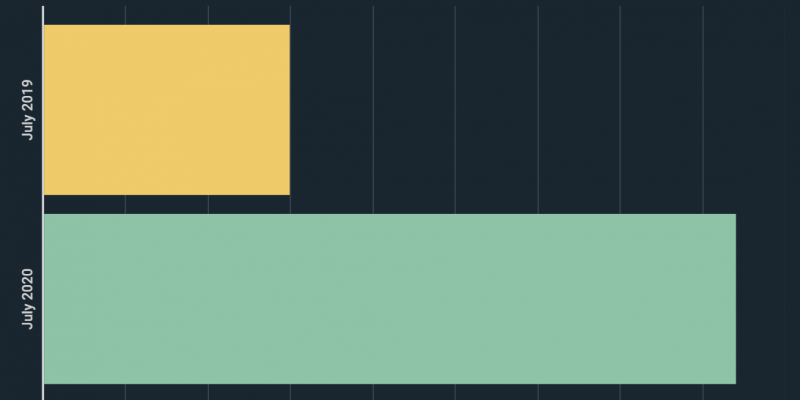 In July, 182% more electric vehicles hit the roads in Germany than in the same month of last year, despite the fact that the automotive market is generally in decline as a result of the corona, Calif. For all types of cars, 5.4% fewer vehicles have been newly registered. This can be seen in a new infographic from Kryptoszene.de.

A total of 16,798 new electric cars were registered in July. The Renault Zoe leads the way with 2,851 new registrations, followed by the VW E-Golf and the Hyundai Kona.

German automobile companies have long been accused of sleeping through the trend towards e-mobility. However, Roland Berger’s so-called e-mobility index makes it clear that the Federal Republic of Germany is indeed leading the way. In the field of technology, Germany even holds the number one spot in absolute terms with an index value of 2.3. On the other hand, in terms of industry and marketing, China continues to dominate.

“Bloomberg” analysts consider the electric car market to be picking up speed, especially in Europe. They estimate that 60% more electric cars will be sold on the continent this year than in 2019, while the forecast is that worldwide sales will increase by just 20%, as reported in “T3n”.

Tesla Shares at the Absolute Peak

A glance at the share price development of listed automotive groups, therefore, shows that electric vehicles seem to be increasingly fashionable. Over the last 6 months, e-pioneer Tesla’s market value has risen by 72.5%, while German companies BMW, Volkswagen & co. lost value in the same period.

Silver reached a maximum after 7 years