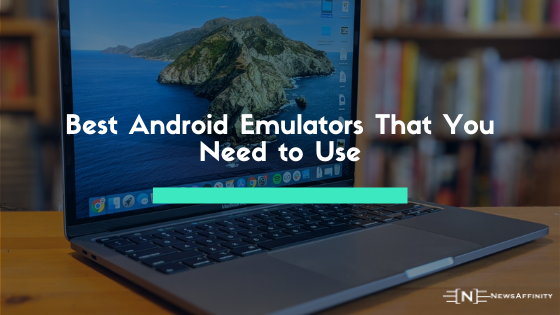 Many people’s attention is on Android emulators nowadays. With the many old favorites that people can get in the market, like Leapdroid or AmiduOS, Andy, and a lot more, users might get confused with the many choices and will have trouble choosing the best Android emulator for them.

But before explaining things, do you know what an Android emulator is? It is a software that allows people to use Android applications on their Mac or PC like they can on their mobile devices.

The standard reason why people use emulators is for gaming. Many would rather play games for Android devices on their personal computer than their mobile devices because it’s much easier to navigate, does not drain the phone’s battery, and playing experience is more pleasant. This article will dig deep and give you ideas about some of the popular Android emulators that people can use.

For a different reason, it’s because of productivity that people love to use emulators for Androids on their personal computers. Whatever your goal is for using emulators, it is relatively easy to install and launch Android emulators on Mac or PC, though some emulators need a little learning curve. Aside from this list, you can also check out more of the best android emulators.

This Android emulator might be the first thing that will come to people’s minds when they think about emulators. The environment of default development for Android’s operating system gives all the tools for the developers making Android apps, including the ready-made emulators.

It is also a very much dedicated tool for developers, and it will prove to those average users that this Android emulator is complicated and time-wasting to set up. However, it’s a great emulator for Android for users who installed it already.

YouWave is among the oldest Windows Android emulators, and it has been present for many years, and developers updated this emulator way back in 2016. Users can choose between its free version, which the operating system is Ice Cream Sandwich, and the premium version that will cost the user $29.99 and uses the Lollipop operating system.

The users who want light gaming or intend to use emulators for productivity will appreciate its straightforward installation process. However, the two versions are capable with the help of related updates. For the time being, it is also advisable to check out more options mentioned in this article.

Bluestacks is quite a famous Android emulator, and that’s because of a good reason. One of the right reasons is it perfectly works with both Mac and PC, making it handy to many users. It is aimed mainly at gamers, and it has been present for quite some time, and the developers regularly update it.

There is also the latest update that improves its speed and even brought up the Android 7.1.2, and it makes it the latest Android emulator ever existed. However, Bluestacks have some downsides: the emulator itself is bulky, and it’s among the massive emulators around, although its newest updates helped improve some of its issues.

ARchon is quite a bit different from other emulators on the list. Unlike the traditional versions, users can get it for Google Chrome’s extension to run in their browser. It might sound easy to use, but it isn’t straightforward to run, and there are few steps needed compared to some emulators.

However, it is a significant factor that you can run this emulator with different operating systems that support Chrome, and it might be Windows, Linux, or Mac OS. With many emulators available, it is always up to the users to weigh their pros and cons.

Now that you have ideas about the different Android emulators available, maybe you can download one so that you can access Android apps on your computer or laptop.

The Current Trends in Optics Technology

The Truth About PG Accommodations in Bangalore