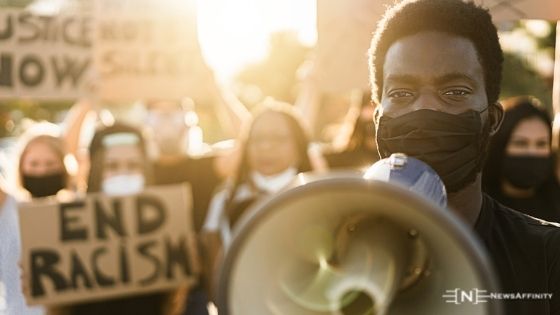 Some people say that there are two Americas – one experienced by Whites and one experienced by people of color. Ongoing racial inequalities may have you wondering if this is true. After all, racism is deeply rooted into the history of the United States. Despite efforts like Black Lives Matter (BLM), is racism in America getting any better?

Let’s take a look at some facts about racism in America to get a better understanding of the history, current climate, and future potential to embrace racial equality and put an end to racism.

You may be surprised to learn just how deep that racism is rooted into the history of the U.S., including its very foundations.

In many history lessons, slavery is made to sound like an isolated event that ended after the Civil War. In reality, slavery is a large part of what built America and made it a rich country. One prime example dating back to the founding of this nation is the fact that Virginia’s main export in the early days of colonization and beyond was human beings.

Most people probably are not aware that the Electoral College – the system in which our Presidents are elected – was created in order to sustain white supremacy. After the Revolutionary War, the South was full of rich White men. Southern states wanted it to stay that way, which meant they had to decide how to benefit from the enslaved without giving them rights.

The American dream holds that anyone can make it in this country. With a little hard work, anyone can strike it rich and enjoy a full, free life. The reality is that this only applies to certain people. Historically, Black Americans and other people of color struggle far more than Whites to attain the ‘American Dream’. What’s more, when Black Americans do prosper or make headway toward equality, White Americans seem to protest against it. Some examples – the Elaine Arkansas Massacre (1919) and the Tulsa Oklahoma Race Massacre (1921). Both instances involved Black American’s exerting their legal rights, only to be met by attacks from Whites.

There are significant healthcare disparities in the U.S. that are well documented and widely discussed. Unfortunately, no one seems to know how to solve this problem. Consistently, research shows that Black Americans have less access to quality affordable healthcare. Blacks and Hispanics are also much more likely to be uninsured. These disparities cover the gamut of healthcare situations, from childbirth to nursing home care.

Racism is a rampant problem within the criminal justice system. A handful of examples include:

As alarming as these facts are, we hope that they will help you better understand how racism affects our country. Also, we hope that you and your loved ones will take this opportunity to have honest discussions about racism, inequality, and what we all can do to make our country a better place for everyone.