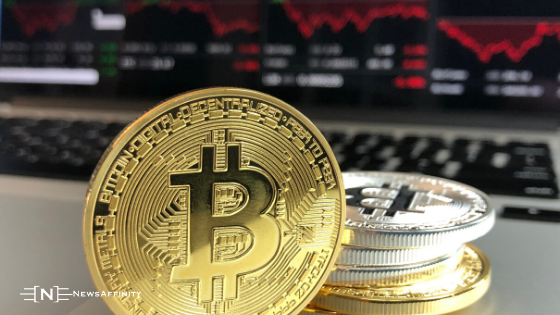 With Bitcoin mining halving fast approaching, there are mixed sentiments on what the future holds for most of the network miners. It’s no secret the operation stopped being profitable for many hobbyist miners long ago, and with the block rewards set to be slashed by half, the question now is, could this be the end for some medium and large-sized miners?

Bitcoin was programmed in such a manner that block rewards are halved every four years. So, what started as a reward of 50 BTC was reduced to 25 BTC in 2012 and 12.5 BTC in 2016. This May, the reward will go down to 6.25 BTC and keep reducing every four years until all the Bitcoins on the network are mined.

The network heavily relies on miners to confirm transactions, and these miners are incentivized through block rewards. But as block rewards reduce, so does the miners’ rewards. So with miners receiving fewer rewards, what is their motivation to continue mining?

Some experts have predicted that the halving may hurt Bitcoin mining, at least in the short term. According to Steve Tsou, the halving will impact miners in two ways; one, miners with low mining efficiency will be forced to stop and re-evaluate their business operations. And two, digital mining will gain traction as giant international companies with more advanced machines and cheaper sources of electricity pursue that path.

How Can Miners Survive The Halving

While a drop in price will spell the end for many operations, there are a few options for surviving the having for various small scale miners. Miners using the old Antminer S9 will have to upgrade their machines fast. Even though the Antiminer S9 consumers less electricity, it’s no Antminer S17, which can mine 300% faster but consumes 50% more electricity. Even with prices falling to the $3,000-$5,000 range, and electricity at the $0.03-$0.05 for a kilowatt-hour, the new machine will be able to breakeven.

Also, miners can opt to join mining pools, which consist of groups of cooperating miners that agree to share block rewards according to the amount of mining hash power they have contributed. One such platform is CoinFly, an all in one ecosystem for miners. The platform seeks to make mining more transparent and profitable for all. Some of its features include easy onboarding, equipment setup and optimization, global ping reduction, and autopilot mining.

It also offers its users access to honest pools equipped with effective miners. As well as handling other routine tasks and providing IFRS compliant reports.

The platform works through automatic equipment tuning and hardware optimization since its OS reduces power consumption and increases the hash rate output as well as profit. There is also an autopilot mode that allows one to mine the most profitable currency in real-time and converts the minted coins to the desired coins. To get started, miners need to create an account on the platform, download COS and begin to mine where they will get paid every 24 hours.

Another survival tactic is selling Bitcoins in the spot market as new ones are mined. Here there are various strategies that involve different degrees of risk, reward, and initial capital needed. Derivatives trading will allow small scale miners to hedge against future price fluctuations in BTC.

These miners can use futures or options contracts to protect themselves from being too much affected by short term volatility by either buying an option contract that will allow them to sell Bitcoins at a determined price in the future or shorting Bitcoin through a futures contract.

Halving Effect on The Price of Bitcoin

Bitcoin halving is always highly anticipated within the crypto industry. Many are bullish on the price as the issuance of new coins is reduced, they expect demand to stay the same or even increase based on laws of supply and demand.

But if we have learned anything over time, the price of Bitcoin doesn’t always follow the expected path. Its possible the price could remain the same or even drop since many factors influence it, including trader speculation. For example, margin trading is known to drive the price of Bitcoin when volatility ensues. And this was visible when BTC crashed on March 12-13, leading to the liquidation of many leveraged positions.

Miners also play a role in determining the price as they account for a considerable percentage of the sell pressure in Bitcoin since they need to liquidate the coins they mine to cover the cost of their operations. Other exchanges aside, miners account for most of the exchange inflow, and unlike traders that buy and sell, miners only sell.

If the price of Bitcoin crashes after halving, we can expect to see the mining difficulty drop, and with miners under pressure to sell, many will close shop as profitability drops. Also, expect to see a change in the mining ecosystem where only more advanced operations will be rewarded – those that can hold on coins for a more extended period to change the dynamic of when and how much the newly mined Bitcoins will be sold for.

But if prices rise after halving, then all miners will have no reason to worry. Even though they will receive fewer coins, they will be able to sell each one of them for a higher value.

By Astha Singla20 hours ago0