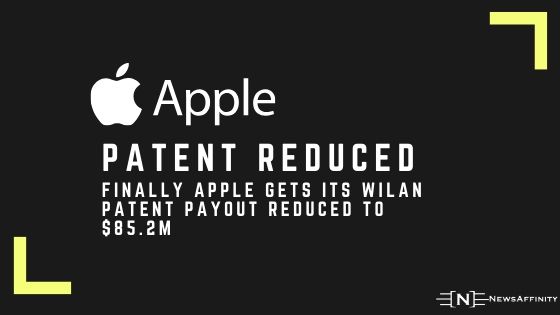 Finally, Apple’s breath is out as they won’t have to pay WiLan as much as expected for alleged patent violations that happened in 2018. The retrial jury has finally reduced the damages from WiLan’s lawsuit from the original $145.1 million down to over $85.2 million. That’s still no small amount, but still, it would be considered a small victory for Apple. The judge in the original case had effectively ordered a retrial after agreeing with Apple that WiLan had used a flawed method to calculate the size of the damages — WiLan had to either agree to a new trial or risk walking away with ‘just’ $10 million — uff that’s a huge amount.

“WiLan had argued that many Apple products, including iPhones ranging from the 6 to the 7 Plus, had been using voice over LTE technology covered by two patents.”

It’s a rare instance of WiLan declaring victory over Apple. The Canadian “patent monetization” company has largely been unsuccessful in getting Apple to pay for claimed patent violations. However, we wouldn’t be surprised if there was more in the future. WiLan’s business depends on these kinds of lawsuits, and Apple is a particularly large target.

India has a larger smartphone market than the US

A Beginner’s Guide to TAGZ Exchange