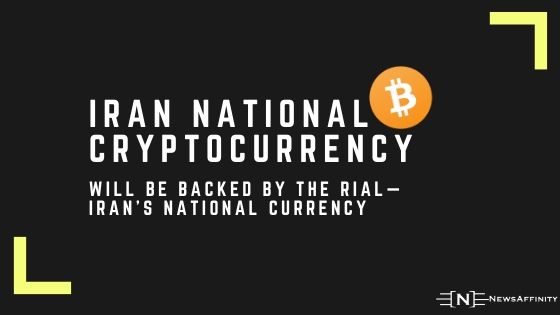 The economic sanctions imposed by the U.S. Government on Iran in the last two years have been very effective, and actually shrinking the Iranian economy up to 20%. But this has also increased Iran’s use of cryptocurrencies such as Bitcoin (Cryptocurrency), which the Iranian government and the public are using in massive volume to evade legal barriers. This has led to an attempted crackdown on bitcoin by international regulators—but the cryptocurrency industry is proving more nimble than the enforcers of sanctions, reported Foreign Policy.

The Iranian government has long had an interest in using cryptocurrencies to support international trade outside of the traditional banking system. In July 2018, President Hassan Rouhani’s administration declared its intention of launching a national cryptocurrency.

Just after one month, a news agency/publication affiliated with the CBI (Central Bank of Iran) outlined multiple features and benefits of the national cryptocurrency, stating that it would be backed by the rial—Iran’s national currency.

This does not end yet, multiple blockchain projects—developing the underlying technology for cryptocurrencies—were revealed by the central bank at a Digital Payments Conference last year, one of which is reportedly already being tested by four Iranian banks (three of which are under sanctions).

“Bitcoin is the only way to get out of Iran,” says the Iranian public. Cryptocurrency mining activity in Iran, which is a heavy computational process that generates, or “mines,” new cryptocurrency, is also significant in Iran

Lured by the cheap cost of electricity in the country, and the devaluation of the Iranian rial, several bitcoin miners set up operations in Iran in 2018. In 2019, a survey conducted with 1,650 Iranians using bitcoin showed that 25 percent of respondents made $500 to $3,000 per month working with cryptocurrency.

China and Russia have notably been working on these projects for some time, and the Chinese sovereign coin, or “digital yuan,” is expected to be launched this year. The implications for international sanctions are vast.

India has a larger smartphone market than the US