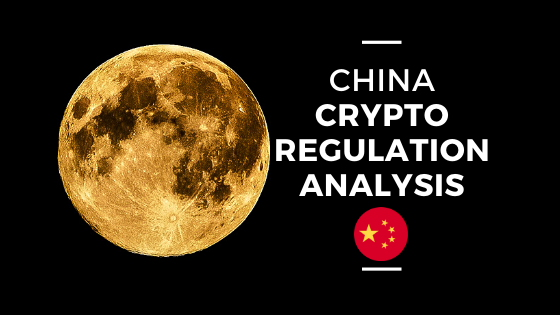 There are many blockchain-based projects that have sprung up in CN, but the regulations for those assets has been shaky. Previously there had been rumors that they would be banning all ICOs, and that sent the price of many Chinese blockchain companies tumbling.

However, contrary to these reports, there will not be a blanket ban on ICOs in CN going forward. The Chinese government has assured investors that their precautions were simply meant to weed out bad actors to save potentially vulnerable investors from investing in these new startups.

However, China’s cryptocurrency regulation for exchanging coins to and from fiat has taken a bit of a hit. Overseas trading platforms and peer to peer operations have faced serious crackdowns and bans. Several Chinese exchanges have also closed up shop, and they will face further regulations from regulators in the future.

While this could make it a little more difficult for these investors to acquire certain coins, it’s at least not a death sentence for blockchain startups that are based in the country.

Is Bitcoin legal in China?

While there are strict regulations about trading cryptocurrencies such as Bitcoin, much of this is due to concerns about fraud and money laundering. The legality of Bitcoin in China is in good standing as long as your Bitcoin has been acquired legally. If you are a resident of the country then you will likely be banned from trading these digital currencies using any peer to peer exchanges or international platforms. While this does limit the liquidity on global exchanges, it does mean that there is a more concentrated number of investors on Chinese exchanges, which can positively impact many coins.

The Chinese central banking system is scrambling to maintain control and destroy what they believe is a threat to that control. For many, this is extremely unfavorable, but if your main goal is to hold Bitcoin privately, then it is permissible in this country. Even if acquiring it is not the most convenient. They are however actually testing to consider issuing their own digital currency which they will likely use to try to replace cryptocurrencies. How these events play out will likely be interesting to investors, but it seems unlikely that the government will sway people away from crypto without completely banning it, which will be a difficult task.