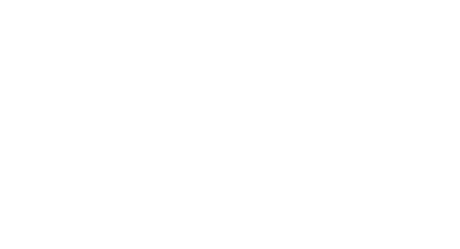 The new claim came into being with the help of a tweet which suggests that NSA will curate cryptocurrency. The Twitter post also said that Anne Neuberger, the new Cybersecurity Directorate of NSA, is behind the curation of cryptocurrency. Moreover, during an event, Neuberger also said that the agency is going to propose both software and hardware standards once again.

Bloomberg Technology did come up with report first. William Turton, one of the notable reporters of Bloomberg Technology, took it to Twitter to announce the news on 4th September. Turton was also one of the attendees of the 10th BillingtonCyberSecurity annual summit which took place in Washington DC. The National Security Agency also said that North Korea is extremely creative when it comes to using the cryptocurrency. North Korea is also responsible for stealing cryptocurrency tokens from cryptocurrency firms in South Korea. According to sources, this incident took place a month ago.

According to the cryptocurrency experts, the Tweet provides a straightforward and concise hint of the present-day plans of NSA. The extending details concerning the presentation of Neuberger came into being with Microsoft News in a report. On the other hand, the report also focuses on the battle of NSA against severe threats of ransomware. The threats concerning ransomware come from several geopolitical adversaries such as Iran, North Korea, China and Russia.

Neuberger also said that NSA identifies 4,000 distinctive ransomware attacks every day. On top of that, the prevalence is a significant concern for the forthcoming presidential election of 2020. According to Neuberger, the agency came up with a new Directorate concerning Cybersecurity. It will start its endeavor from 2019 October as it would focus on reducing the threat and influenced by Russia. There is a highly likely chance that China might conduct a cyberespionage attack on America during the time of the election.

By the looks of it, Neuberger did also signal that North Korea is becoming increasingly creative in its journey. North Korea is prosperous in pointing out the utilization of the rogue state of cryptocurrency for compiling funds for the regime of Kim Jong-Un.

Cryptocurrency is brought into use for shadow warfare

It is important to note that cryptocurrency has become part and parcel of the cyber stealth warfare along with worldwide intelligence. Currently, the primary concern of the countries is that who will win the arms race to curate the cryptocurrency with has robust quantum resistance.

There is an increase in cyberattacks due and cryptocurrency is playing a crucial role in enhancing the attacks. The recent report suggests that the North Korean Hacker did steal around $2 billion by simply hacking the cryptocurrency exchanges. America doesn’t want to take any chances when it comes to protecting its economic foundation.

Latin America is solidifying its reputation in the bitcoin market. El Salvador announced plans to make the flagship cryptocurrency legal tender in the ...
By Astha Singla5 days ago

By now, either yourself or someone close to you has invested money into one or more cryptocurrency assets. The question on everyone’s mind ...
By Vikas Kaushik6 days ago

If you are a new investor, you need to figure out how to best invest and save your money. By determining the best ...
By Vikas KaushikJuly 23, 2021

Bitcoin is recovering from its $ 30,000 detour – but the bullish stock-to-flow model is still hanging by a thread. The Bitcoin price and large ...
By Apoorv GuptaJuly 21, 2021