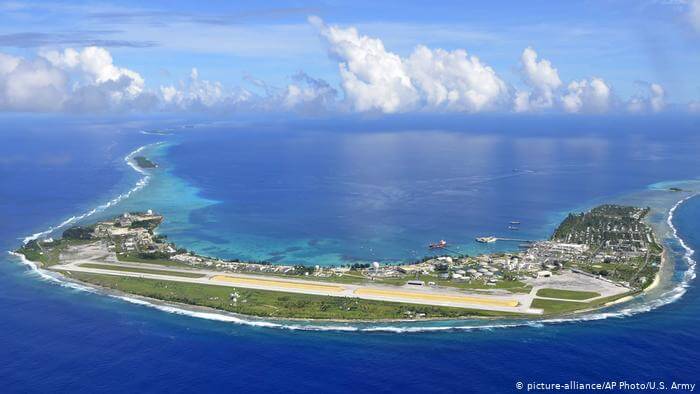 The Marshall Islands become the notable independent democratic country back in the year 1979. Since it has become an independent country, The Marshall Islands’ Republic is using the fiat currency of the United States Dollar as its monetary value. On the 4th of September 2019, the nation came up with a revelation and said that they would make use of the blockchain technology. Moreover, they will use blockchain technology to curate their cryptocurrency.

In the previous year, the country also did pass their Sovereign Currency Act. During that time, the country did reveal its intention for issuing a brand-new currency, namely, Marshallese sovereign. Yesterday, the country also said that they are going to use dollar alongside the new cryptocurrency. It is essential to address that issuing a new cryptocurrency is like new enlightenment for any sovereign nation across the world. However, after a lengthy decision-making phase, the country said that they would issue their first-ever sovereign currency with blockchain.

Blockchain technology will revolutionize the world

The arrival of the blockchain technology did open up a world of possibilities and opportunities for the small nation. On the other hand, the Marshall Islands has fragile links to the international markets. By the looks of it, this is the reason why the country doesn’t want to put its complete faith on just fiat currency.

The Marshall Islands also said that most of the customers receive and send money by utilizing the remittance services. Moreover, they pay around 10% every time they make transactions. On the other hand, availing the simple things such as the installation of ATMs and searching for an ATM can be a little harsh in the country which is located amid the Pacific Ocean.

Marshall Island said that transactions with blockchain technology are faster and simpler. On the other hand, the transactions don’t incorporate any hidden fees or charges. On top of that, the blockchain transactions are incredibly secure that they take place in a complete decentralized network. Blockchain is a little messy as it involves complex technical and mathematics foundation, the practicality of blockchain in real-world is simple.

Will adopting a new cryptocurrency help the country?

According to sources, the money supply of the Marshall Islands with becoming sustainable by 4% in every passing year. On the other hand, the SOV will be distributed automatically to the holders of the currency with the help of decentralized entities.

The Marshall Islands’ government cannot modify the money supply across the distinctive regions of the country. Moreover, the government cannot manipulate the entirety of the currency by directly printing them like other countries. Additionally, the only concern about Marshall Island is that the cryptocurrency should get worldwide recognition. The country wants to join the fight to stop money laundering, and this is possible with the help of SOV.