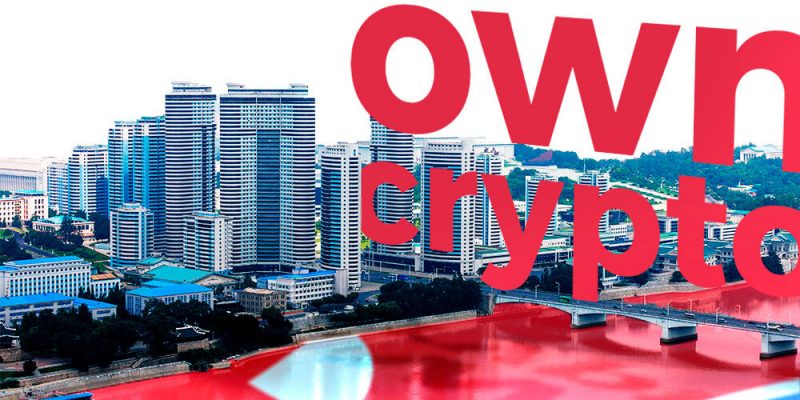 The currency is reportedly similar to BTC or other cryptocurrencies, as stated by the ones in charge of this project.

North Korea is still in its early stages of building its very own cryptocurrency. This step was to avoid international sanctions and also to circumvent the United States dominated the finance system in the world. This was being reported by VICE news.

Pyongyang has been along-termcrypto enthusiast where the country has managed to bring experts along with foreign companies on their crypto and blockchain conference which was held back in April.

They are yet to name the digital currency that they have been working on but has likely resemblances to Bitcoin and other established cryptocurrencies, as stated by Alejandro Cao de Benos, who is in charge of the crypto conferences in North Korea. He is also a special delegate in the cultural relations committee for the DPRK or the Democratic People’s Republic of Korea.

He has further added that the token is still in its early stages of development. They are now in the phase of studying and researching about the goods that can associate value to the token. However, there aren’t any plans to digitize North Korea as of yet.

Their embassy to the U.N. in New York has remained ambiguous on the claims made by Benos, stating that they are not in a position to provide a definite answer.

But many watchers of the crypto usage by North Korea have stated that the regime already has the expertise they need to establish and deploy a digital token of their own. Once they do, they can easily dodge sanctions.

The regime’s extensive interest in crypto led them to show their expertise in mining, crypto-jacking, hacking exchanges et al, as stated by a research analyst from Royal United Services Institute. They furthered their statement saying that there are zero doubts regarding their technical eligibility to make any given iteration of crypto token. It can either be through creating a nationalized cryptocurrency or via laundering a formerly established token like Bitcoin through unregulated foreign exchanges.

The regime has spoken against the US for spreading rumors

With a report received by CoinTelegraph, the North Korean Sanctions Committee of the U.N. Security Council has stated that the DPRK hackers were aiming at foreign crypto exchanges and banks to rob money to fund for their weapon of mass destruction program. For a moment it sounded like the OG Star Wars Trilogy plotline but well sci-fi is getting a taste of reality apparently. The committee furthered their statement saying that these DPRK hackers were being able to obtain nearly $2 billion in US equivalent capital via such activities.

As a response, Pyongyang has directly claimed that the U.S along with other opposing forces is slandering against the regime for their own agendas. He has clearly dismissed the committee statement by calling it untrue.

While the scuffle goes on, the future can only know what’s going to happen.