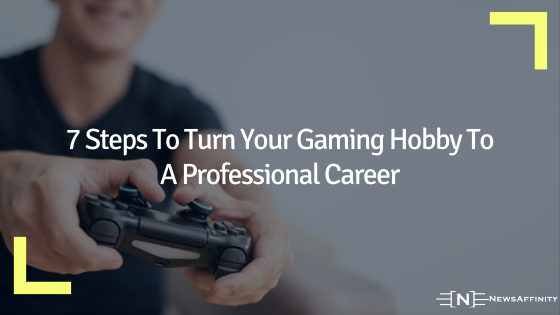 Are you an avid League of Legends player that’s often thought how awesome it would be if you could do it for a living? Hang on tight as we share the best news ever: You can, and if you’re outstanding, you probably should.

Martim Nabeiro shares his passion with our readers of how to make gaming a career. He’s an avid iGaming specialist that advises online industries like CasinoPortugal.Online regularly about e-sports developments and tournaments.

Who wouldn’t want to be a part of an industry that generates more than $1.1 billion in revenue annually while playing their favourite game? The global e-sports industry is growing at an average of more than 38% year on year, and it keeps on climbing.

According to Medium.com, the average salary of a professional gamer can be anything between $74,000 to $3,000,000 annually. In the 2019 Dota 2 Internationals, the winning player’s paycheck was a whopping $3.85 million. If you become part of a professional team, you can look at a few streams of income; your team salary, tournament prize money, sponsorships, and your streaming income.

How Do I Become a Pro Gamer?

Besides practising more than eight hours a day, while streaming on Twitch, and another couple of hours solo, here’s a few tips that’ll help you on your way.

1.Get the Right Equipment

A pro golfer didn’t start his career with a cricket bat, right? If you’re serious about pursuing a career in iGaming, you need to invest in the right equipment. Considering the hours you’re going to spend sitting down, get yourself a good gaming chair. It provides proper padding and support to remain comfortable for hours on end. You’ll also need the right hardware and software and an uninterrupted high-speed internet connection. Choosing the right monitor for your gaming rig is a plus check it out at wepc.

2.Make a Decision on Which Direction You’re Going to Take

You’ll need to make a call on which game you’re going to pursue and then practice as your life depends on it. A pro gamer spends on average 8 hours playing per day while streaming, and another few hours practicing alone.

According to esportsearnings.com, this is the five top-earning games currently:

So, as you can see from the above, the lowest average earning per player so far in the short history of e-sports pro gaming careers is $7,797. This sum excludes the monthly revenue generated from streaming and smaller leagues and tournament’s prize money.

Sponsorships start kicking in once you get to the top and then you won’t have to envy the pro-golfer anymore. It might just be vice-versa. After all, you’re making your income from the comfort of home, without leaving the front door.

3.Team up With Other Players for Interactive Learning

None of us knows it all, and there’s so much you can learn from other players. Remember, to make it to the top like a pro gamer; you’re going to have to work as a team. Start early on in your career to listen to and apply good advice and tips.

Gaming in Portugal is a serious business and no matter where you find yourself, there’ll be more gamers close by to team up with for interactive advice-sharing sessions. You can’t stay in your darkroom forever if you want to go pro. Get out there and mingle with like-minded players. Might as well get used to it if you’re going to get onto stages, watched by millions of fans globally.

You can learn a lot from watching successful people. It applies to any career one might choose in life. It’s more of a lifestyle than a job. Follow and watch the great players who are at the top and learn from them. There are videos available for most of the great tournaments played. Watch it and learn the tricks and tactics they apply.

5.Be Consistent and Put in the time

Just in case you’ve started dwindling off, we’ll repeat it. Practice makes perfect. Many current champions have lived with other gamers to play with, and against, each other for hours every day.

It sounds extreme, but if you want to make a living from doing what you love, you’ll need to commit to it. There’s a vast difference between a gaming hobby and a pro gamer career. You need to adjust to the challenges it presents. If you’re serious about becoming a pro, you have to realize that it’s not a solo sport, and you’ll have to put in easily 8 to 12 hours a day practicing and learning.

If you’re good enough to consider going pro, then you’re good at gaming. It’s essential to keep your attitude and temper checked on your journey. You’ll be in situations where you’ll have to accept another team member’s approach or tactic. You can’t always have it your way, and it would be great if you can remember that on your way to the top.

It’s vital to manage your time wisely. If this is the path you’re planning to take, you’re going to need time offline to spend with family and friends. It might be not easy in the beginning, but you’ll soon realize that to be your best at any career in life there needs to be boundaries.

It would be best if you tried to work according to a schedule and stick to it. Routine sounds mundane, we know, but it goes a long way in helping to keep a healthy balance between work and play. No pun intended.

Is gaming a hobby or a lifestyle for you? Did you answer yes and read through our pro-gamers advice about careers in gaming? Then you’re already on the way to becoming a full-time gamer.

Never forget that even when a game gets heated, or you can’t unlock that next level, that you’re doing it for the love of the game. That’s why gamers have such tight-knit bonds – it’s the love of the gameplay that others don’t always understand. Work hard not to lose the magic, and keep on playing.