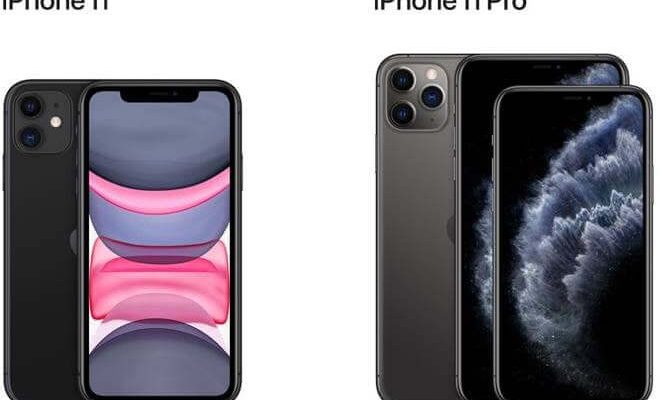 The Cupertino tech giant finally unveils the iPhone 11 Pro as well as the iPhone Pro Max smartphones. By the looks of it, the lucrative holiday shopping season is also right around the corner. Apple is enticing its dedicated customers around the world with the new iPhone models. In addition to this, Apple also wants the Android users should drop their Android devices and use the new iPhones.

There is a very slow demand for iPhone, and the revenue of Apple is also down. Alongside the expensive iPhone 11 Pro max and 11 Pro, Apple did also unveil the iPhone 11. According to Apple, iPhone 11 is the new and affordable iPhone that money can buy. During the fall September event, Apple did also unveil the most-awaiting Apple Arcade, a cutting-edge gaming subscription service. In addition to this, the speculations which were made beforehand did come true. Apple finally provides a glimpse of its new video streaming service, namely the Apple TV+.

As the event was coming to an end, Apple did also launch the fifth series Apple Watch as well as a new iPad which has a screen size of 10.2-inch.

Apple also told the customers that the iPhone 11 Pro Max and 11 Pro would come in four colors. The two hefty iPhone will come in Space Gray, Gold, Silver, and Midnight Green color. From the 13th of September 2019, the potential customers can begin to preorder the iPhone 11 models.

Both the phones have a stainless steel and matt glass design alongside IP68 water-resistivity. The third-gen Apple’s Neural Engine would aid the user to draw a real-time analysis of video and photo. In addition to this, iPhone 11 Pro and Pro Max come with dual-sim, Dolby Atmos and Spatial Audio support.

The front-facing camera of iPhone 11 Pro and Pro Max comes with 12MP sensor. Moreover, the tri-camera set-up at the backside of the phone comes with wide-angle f/1.8, ultra-wide-angle f/2.4, and a telephoto lens of f/2.4.