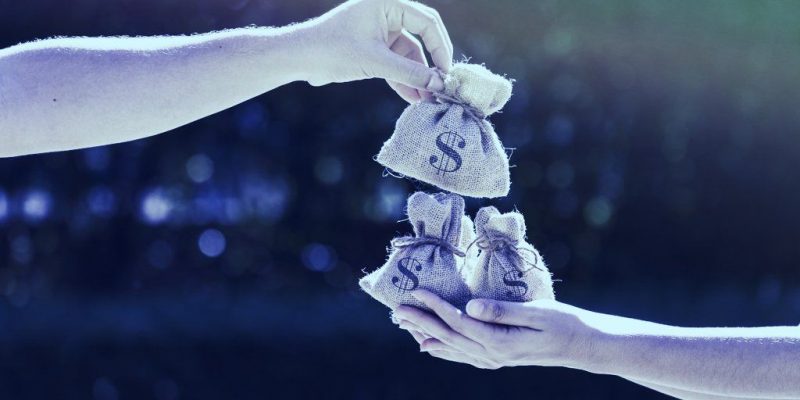 It’s remarkable how decentralized finance – or shortly, DeFi – transformed within the past year. From a humble start of being close to $700M in early April, it managed to convert into $2 billion within three subsequent months. Stepping into the higher ground of billion-measured total value, right now it has almost an equivalent worth of the entire shared economy of India. And, with a high promise of the global sharing economy hitting the milestone of $335 billion by 2025, it only remains to be seen how DeFi will unfold even further.

What’s the reason behind it? Many experts say that the boom of DeFi is mainly provoked by the raising awareness about the benefits of a decentralized network and its applications. That is especially visible on the example of the tokens that have seen a spectacular price rise – let alone Aave, whose price is up 1,200% since the beginning of the year.

An Explosion of Interest To Yield Farming Platforms

DeFi industry started seeing a chain of new entrants who propose a solution that is being popularized extremely fast – compound interest lending. It was noted that many users are holding their tokens passively in between trades, which does not necessarily result in any additional value. This is why a number of start-ups already found a way to capitalize on it. Compound, MakerDAO, Aave and Kava all introduced the new-generation platforms that allow users to earn passive interest while lending their funds.

Previously being a close rival of MakerDAO, a decentralized loan application, Compound went on even further to completely take over the leadership race. It entered the front line of the whole DeFi, taking the lion’s share of 32,63% within the Total Value Locked (TVL) index. Holding a proposition of popularizing the decentralized governance model, Compound stands out among many uncountable alternatives. Let’s dig into why.

With total value locked in DeFi magnifying at an uncontrollable rate, more enthusiasts become interested in making money inputs into decentralized protocols and their applications. However, in the real world, the mechanism of money lending and borrowing is wholly administered by central banks, who set up the proper interest rates to encourage or constrain the deployment of capital. Compound was the first one to translate a similar conception into the blockchain economy.

By setting higher interest rates on borrowed capital, it encourages people’s participation to invest and exchange in tokens. This made Compound extremely in-demand, with its total value soaring from $100M in July to more than $670M at the time of writing. Despite its tokens being listed on Coinbase only since June 25, the price of Compound Coin (COMP) has already augmented three times.

What also grasps public attention is a ‘one solution to all problems’ approach exercised by the company PlutusDeFi. This start-up proposes multiple platforms merged into one – be it decentralized lending protocol, wallet or cryptocurrency, it’s all now accessible through one convenient app and open for customization.

This idea of PlutusDeFi already drove prominent academics into the investor circle – among latest additions are Paolo Tusca, a director from UCL Centre for Blockchain Technologies and George Samman, a financial advisor and an ex-Wall Street portfolio investor. On the top, the company was recently audited and admitted fully compliant by Zokyo, a cybersecurity agency formerly running cyber-standard checks of Uber and Facebook.

Kava is another ambitious future rival to the industry’s dominating leaders today. Holding a promise of capitalizing on crypto staking, it intends to bring all major crypto assets into the game – and BTC, XRP, BNB and ATOM are number-one targets. This fact alone would gear the large growth – according to the estimate, if Kava succeeds to attract only 2% of the whole DeFi market, its value will soar to $3.4 billion which beats Compound and MarketDAO altogether. That’s what CEO and co-founder Brian Kerr tells about his project:

“What attracted the likes of Tendermint, Ripple, Binance, Chainlink and many other leading organizations to Kava? I wish I could take credit, but I think it has been due to Kava’s unique positioning within the space. The world is hungry for DeFi and outside of Ethereum Kava is the only reputable solution capable and of meeting the DeFi needs of the greater crypto space.”

Two Billion Milestone – What’s Next For The DeFi Ecosystem?

DeFi has been there for quite some time, but up to this moment it has not attracted sufficient interest as to qualify for a significant transformational force. There were many projects, but only a few managed to make a substantial impact. Hitting $2 billion is a point demonstrating just how significant DeFi became. This time, the rise in DeFi is thought to bring a long-term positive effect, despite the bearish trend that we may see in the short run.

While many applications and tokens are at the stage of active development, many more have already been out to see the world. There’s one example of it which deserves a particular mention – TimeCoinProtocol. Traditionally, decentralized applications, the likes of Uber and Airbnb, imposed commission rates which sometimes go as high as 30%. TimeCoinProtocol found a way to get around it, while proposing a decentralized network where the applications built on top are decentralized and do not have an exclusive ownership.

It’s also thought to evolve and bring additional players as well as advanced functionality into the system. Beam Confidential Assets is an example worthy to be noted – this system enables to build decentralized applications (dApps) dealing with all sorts of assets – from Bitcoin to stocks – confidentially. On the top, it enables to see the full previous transaction history, plus to set up automated transactions. Beam CA originated from a hard fork of Beam cryptocurrency and became a part of a network based on decentralized protocol Eager Electron 5.0.

The recent economic recession caused by pandemic also resulted in more companies being interested in the functionality of token-based fundraising mechanisms. Among them, ICOs, STOs, IEOs and even BROs – Believers Reward Offerings, gain more importance as companies are eager to explore the path towards financial stability within the global economic turmoil. Quite possible that the biggest economic recession since the 2008 financial crisis will designate a start to the new era of decentralized finance.

The Best Jobs in Tech