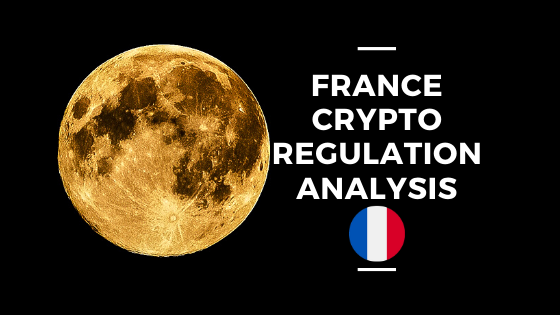 When it comes to establishing a blockchain-based company, whether it be an exchange or a token sale type of venture, it can be difficult to do it legally in many countries. While the legality of certain operations is questionable in many nations, FR has actually been upfront with their expectations from the get-go. They began structuring their legislation as far back as 2014 when most countries were still likely ignoring Bitcoin.

While it may seem strange that more legislation would make them rank higher on the list of friendly crypto countries, it’s true. The fact that they have gone to such lengths to make things easy for blockchain companies and their investors is what makes this country a top-ranking location for cryptos.

France’s cryptocurrency regulation is both easy to understand and not overbearing. This is due to the fact that the country’s officials are actually interested in leveraging the economic advantages of welcoming these new technologies and companies into their nation.

This is a great strategy and one that will likely pay off for them in the near future, as development in this space does not seem to be slowing down anytime soon. By acting as an ally to blockchain corporations, FR has put themselves into a great position to benefit from this boom.

Is Bitcoin legal in France?

Yes, BTC is completely legal here. They’ve actually been aware of and legislating for Bitcoin usage as far back as 2014 when other countries were still ignoring digital currencies. The legality of Bitcoin in France is in good standing, and it does not look like that’s going to change any time soon. From their current stance, it seems that the country is ripe for improvements in the space, and it’s likely that users will find their changes mostly positive.

While the number of exchanges within the country itself is rather small, it does not seem that citizens are restricted from using outside exchanges. The EU has many providers across the countries within its collective, and there should be plenty of options here for buying, selling and swapping cryptos. Unfortunately, it seems there are not many Bitcoin ATMs here, and that could be a sign of difficulty using local swapping methods. Citizens here can also likely expect to need to perform pretty rigorous KYC procedures before being allowed to trade on most European exchanges.