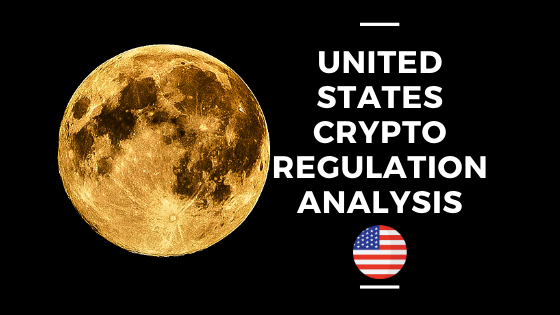 Opinions on cryptocurrencies have been varied in the US. Digital currencies have faced strong opposition from regulators and skeptics who are suspicious of Bitcoin and other alternative currencies. As a result, United States Cryptocurrency regulation is some of the most strict in the world.

Much of this is due to the country’s strong stance against money laundering, and the government’s efforts to fight the funding of terrorism both domestically and abroad. Many officials see cryptocurrencies as a threat to this mission. While the US does have strict regulations involving exchanges and other websites where you buy and sell these coins, the most strict rules generally are for ICOs, also known as Initial Coin Offerings.

In the Unites States, tokens offered to investors through crowd sale structures are defined as securities. As such, they are subject to many more regulations than traditional coins are. The distinction here is usually made when investors purchased their coins through a crowdfunding event rather than earning them through mining or purchasing them from third parties after the fact on exchanges.

Unfortunately for investors, this often means that they are either excluded from these startup sales when ICO teams do not want to deal with the headaches of including them, or they must go through a rigorous verification procedure in order to participate. Regardless, it is legal to trade digital currencies in the US, and investors should have no problems doing so if they follow proper procedures.

Is Bitcoin legal in the United States?

Currently, there are no restrictions against Bitcoin or cryptocurrencies in the US. However, there are however fairly strict regulations when it comes to exchanges. If you trade on an exchange that is based in this country to acquire or sell your Bitcoin, then it is likely that you will need to go through heavy verification procedures which will require you to prove your identity. BTC is not considered “legal tender” in any US jurisdiction.

When making Bitcoin exchanges in the US, it’s important to verify the legalities of cryptocurrencies in your exact state of residence. An individual state may impose its own regulations such as New York, which may require users to have a license to sell crypto to others. While there are many steps to go through to trade crypto legally, the legality of Bitcoin in the United States is nothing to be concerned about.

Bitcoin and other cryptocurrencies are not defined as “currencies” in this particular country. Instead, they are considered “property”, and from a tax standpoint, citizens must report any appreciation on their coins or tokens as capital gains. In some cases, your exchange may send you paperwork to assist you in your reporting procedures, but investors should be aware that this may not be the case. You will still be responsible for reporting these gains to the US government, even if you do not receive a tax form.