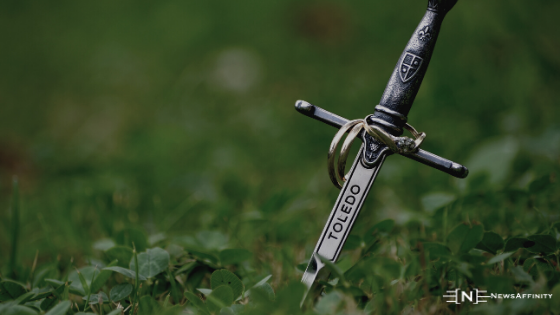 Technology directly challenges the government. It may for a time reduce some
tax revenue streams as is evident by studying the evolution of fiat currency.
However, the government will catch up after carefully studying and instituting policies that will correct and bring in alignment all perceived lost revenues and will
also, protect the public from any threats that result from its use or practice.

This is not the case for banks. The technology is disruptive to the business model of the banking industry. Therein is the bone of contention between cryptocurrencies and the fiat centralized systems. Cryptocurrencies have a long way to go before they can compete at that level, where the market size ranges in the low hundreds of billions in daily transactions and fiat currencies are in the tens of trillions. However, it is something that cannot be ignored, as the public awakens and momentum gains. The modern-day banking systems left the door open for these currencies, which appeal to large groups of populations not able to participate within the purview of the traditional banking system.

Another subtle point not to be lost in the early period of flux in the evolution of the fiat system. The major benefit of the fiat system was provided to the Anglo-Saxon landowners. There were a little under 4 million people in the US by 1790.

People enslaved represented a little more than 14% of the population standing at
690,000. The census count did not include Native Americans who accounted for
about 600,000 people in the continental US, dramatically down from the approximately 7 million estimated about the time of Columbus in 1492.

The fiat monetary systems in the early days of its existence excluded about
1.29 million people, who received little or no benefit from the system. It could
be stated that the current fiat system started with a large underbanked or nobank
population. It is easy to understand theoretically why the virtues of the digital coin, inclusion principle, and democratization would resonate with a certain segment of society, in particular, the underbanked.

It is obvious that certain segments of society were left out from directly participating in the fiat monetary systems, whether intentional or unintentional, and a large number of individuals received little or no benefit and that number significantly grew until the Civil War, when anticipated inclusion was a perceived promise.

In 1860 just before the beginning of the Civil War, the US population grew
to approximately 31,500,000, and the number of people enslaved represented
12% of the population with a census count of slightly more than 3.9 million,
which is a significant number. The time right after the Civil War was a significant
time of transition and promise. The hope of inclusion was symbolized by
the creation of the Freedman Bank by Abraham Lincoln. A bank created to alleviate the struggles faced by formerly enslaved people, it helped to create a
pathway of inclusion into the monetary system and capital markets of the
time.

However, that symbol of hope became a source of tragedy as congress voted to shut it down seven years after the assassination of Lincoln.

One can observe that the fiat monetary system has the ability to isolate and exclude segments of society because of the role given to banks to administer the execution of financial services to the consumer base. The pre-Civil War times and post-Civil War times are critical for the fact that there was no national system of banking implemented until the National Banking Act of 1863 and 1864 were issued by congress.

Banks were regulated by the states and there was no standardized system. The
Polk administration started the movement toward a national system as public
funds were taken out of private banks in 1846 and deposited into treasury branches. The establishment of a national banking system was just getting off the
ground at the same time the slaves were being freed.

There was no better time to establish a policy of inclusion and have a national monetary system that provided a venue for banks to grow and cater to all facets of society than immediately after the Civil War. The opportunity was extremely evident and there was no better time to unite the whole country. The failure of Freedman Bank and the consequent loss of hard-earned savings among the formerly enslaved caused deep distrust.

Cryptocurrency allows these issues to be brought to the table to heal and
get rid of the glaring elephant in the room when referring to the unbanked
and those excluded from access to capital and denied basic financial services
because of policies of exclusion that have become endemic within corporate
banking institutions.

Cryptocurrencies have not been free from their own share of controversies,
especially surrounding the issue of Silk Road. The Silk Road case highlighted
the fears of those critical of cryptocurrencies, which is the means for criminals
and illicit activity to run completely wild. The cryptocurrency world would
insulate the so-called Den of Thieves with the promise of total anonymity and
privacy-free from any central authority. The Silk Road became an egregious
marketplace where some criminal vendors had the audacity to display bricks
of cocaine openly on the website.

Innovation can never be an excuse for allowing rampant criminal activity
to be openly displayed in the face of any prosecuting agency. No society can
survive with the exorbitant level of corruption that the Silk Road marketplace
at that time offered with no oversight over any activity at all.

Ross Ulbricht indeed created a mechanism to facilitate illicit activities, such as
narcotics deals, murder for hire, money laundering, wire fraud, and many other violations that could be charged in a federal court.

Ulbricht was handed down five sentences served concurrently. Two were life sentences without the possibility of parole. Ulbricht did not personally commit the alleged crimes; however, his providing an enabling technology that leveraged Bitcoin as a medium of exchange allowed the prosecutor and the legal system to make him a poster child for the judicial system and for government officials to send a strong message that any violation involving cryptocurrency would be dealt with severely.

Severe prison sentences are usually enough to dissolve movements. This black cloud that was cast over cryptocurrencies was a correction and a catalyst for further innovation, adding revolutionary features of smart contracts to the already revolutionary and disruptive technology of blockchain.

The ominous cloud of criminality was blown away by the collaboration of technologists, finance professionals, and legal professionals that created the
the framework of laws to prosecute violators that used cryptocurrency, moving
into advisory positions to assist entrepreneurs that are involved with crypto
currencies as their core business.

The crypto movement picked up a strong crosswind with the collaboration, advancing the movement and intensifying the acceptance of cryptocurrency in cultural and retail communities. Cryptocurrencies have evolved in the investment arena with some hedge funds taking strategies with the volatility of the price of Bitcoin and many of the popular crypto currencies.

The journey of understanding cryptocurrencies also involves the reason
why currency fiat or crypto is used in general. People do not want to carry
large quantities of species like gold or silver around every time they want to
do a simple transaction at the merchants as it would increase the chance of
robbery.

Fiat and cryptocurrencies solve this issue. However, fiat is still physical
in some situations, especially for the unbanked. In many instances, they
face being robbed and in harm’s way when criminals know the cycle of when
physical checks are cashed at non-bank entities they are forced to use.

What to Do With Fake Reviews About Business?