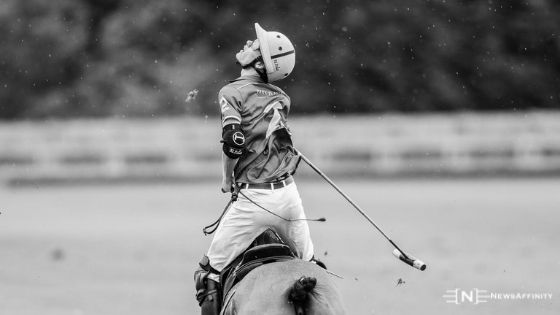 Polo is a sport played between two teams, each consisting of four players on horseback, with each team trying to get a ball – also known as a bocha – into the opponent’s goal. The origin of polo goes back to time immemorial, with the oldest tournament dating back to 600 BC. The fact that it is a sport played on horseback means that the player has a considerable height above the ground, and taking into account the speed that a horse can reach makes this a very dangerous sport in the event of a player falling or a melee collision with another rider.

It is for this reason that the need arises for the use of the polo helmet, a vital element in all equestrian sports. Proof of this is the occurrence of fatal accidents in recent years on the polo fields, which is the reason for the appearance of control bodies that certify the manufacture of these polo helmets, such as the Hurlingham Polo Association in the UK and the NOCSAE in the USA.

Today, Krono Polo has the PAS 015:2011 certification granted by the HPA, a sign of guarantee in the quality of the polo helmets created by the brand, but in addition, Krono is already making inroads into the US market, so it is not far from acquiring the Nocsae certification and thus consolidate itself as a company certified in the highest standards of safety and protection for polo players.

The skeleton of the helmet is a fundamental part in the event of an impact accident, as it must efficiently distribute the force of the impact over as large an area as possible, in order to reduce the pressure received by the player’s head. It is important to clarify that it is not the shell that absorbs the energy of the impact, but its function is to be able to transmit this energy to the foam, which is the means by which it is dissipated. It is for this reason that the material and design of the external part of the helmet must be sufficiently rigid and resistant to maintain its shape during impact.

Adding the requirement that the helmet should be as light as possible for the comfort of the polo player, it becomes vital to use state-of-the-art materials and the latest technology to create a case that is strong enough to withstand impacts at high speeds, but light and breathable enough for the comfort of the polo player. In order to be able to homologate a polo helmet, a series of tests determined in standards designed by NOCSAE must be carried out. These standards define a severity index, which is calculated from the measured acceleration and the time elapsed during impact.

Specifically, the NOCSAE ND 050 standard details 3 types of tests to be performed on helmets to be approved. The first test tests the strap of the helmet to determine that it remains in good contact with the polo player’s head. The second test consists of a helmet stability test, in which the helmet is fastened to a bracket and one end of the helmet is pulled quickly to determine that the helmet does not rotate or move relative to the polo player’s head and that it remains in a proper position. The latest tests refer to impact tests, and for this NOCSAE has defined 42 tests with different impact positions, speeds, and even helmet temperatures.

Krono Polo has been able to successfully pass the different tests on its polo helmets, achieving homologation of the technology implemented by Krono helmets for the standards in the United States. This makes Krono a brand qualified to be present in the most important polo competitions worldwide, since as indicated above it also has the endorsement of the HPA for the use of their helmets.

5 Latest Crypto Market Developments That Can Affect Your Investment Values