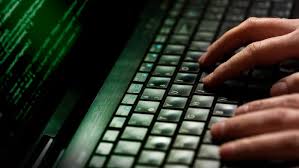 The recent report suggests that the thieves did use the voice-mimicking software to imitate the voice of a company’s administration. By the looks of it, the voice-mimicking software was powerful enough to make the executive’s subordinate believe that it was the executive. The thieves did pull a money heist, and the subordinate sent thousands of dollars directly into an account.

The revelation comes from the insurer of the company. By the looks of it, this is an extremely remarkable case. Some of the researchers said that this is one of the first remarkable AI money heists. On the other hand, the researchers are extremely excited to know how did the thieves pull-off a tech-savvy heist!

The MD of one of the notable British energy companies said that it was his boss over the call. On the other hand, the Managing Director also said that he was only following the orders of his boss. The incident took place in the year 2019 in March, where the MD gave away $240,000. The MD also said that the account was an offshore account across Hungary. The name of the company is still kept under wraps.

The Managing Director said that at first, he felt the request was bizarre, which he wrote in an email. However, the Managing Director also said that the voice was utterly lifelike. Moreover, this is the only reason why he felt a compulsion to transfer the money. The Wall Street Journal was the first media outlet to provide a report of the case. Moreover, WSJ did also provide some new details of the AI-thieving activities to another media publication, The Washington Post.

WSJ did also provide some new details regarding the theft such as the email from the employee. The employee said that he was deceived by the tone of his boss. Currently, a wide array of the titan from Silicon Valley is curating the AI voice synthesis module. On the other hand, some of the AI startups from Silicon Valley are also going through the same phase. The voice-synthesis software can easily copy the rhythms as well as intonations of the voice of a person.

The search engine giant, Google, along with several other firms, is currently working on curating unrealistic cloning of voice technology. According to sources, Lyrebird did also help Google to refine and make the cloned voice better. Several tools are available for free; some of these tools have unlimited use.

The AI-enabled videos and synthetic audio are called “Deepfakes.” By the looks of it, this technology is fueling the growth of anxieties regarding brand-new technologies. However, there is a downside to this technology as the criminals have access to a powerful device. The technology can also enable the criminals to breach family phone calls, business deals as well as a presidential campaign.