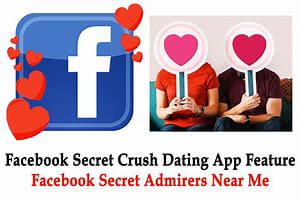 The social networking giant Facebook introduces a brand-new feature for single people across the world. By the looks of it, the new feature gave rise to the essential thing that Facebook was looking forward to happening. As of now, the users of Facebook and Instagram have finally married each other.

Social media and crushes are the two different sides of a single coin. Most of the time, people stalk the profiles of others who they think is very attractive. Users of both Facebook and Instagram can combine different elements of Instagram and Facebook accounts for creating separate dating profiles. Some of the dating experts are saying that Facebook has done a noble job by introducing the new dating service. Combining two distinctive things and putting them together can be a little tough; however, Facebook did make it happen without a hiccup.

According to sources, Facebook Dating exists right inside the primary Facebook application. Nevertheless, the users can get the photos from Instagram profiles directly into the dating profile. The social media giants also said that by the end of 2019, the users could publish the Instagram Stories in their Secret Crush dating profile.

In addition to this, the daters of Facebook could also utilize Instagram followers via Secret Crush. With Secret Crush, the users can easily match their Instagram followers for using the Instagram network. The report also suggests that the users cannot match themselves with their Facebook friends by making them secret crush. The only way the matching can happen if they match themselves as friends and then add each other.

According to sources, back in 2018 May, Facebook did launch the dating app after the privacy scandal of Cambridge Analytica. The reason why Facebook came up with the app is to bring the mission of social network close. The social network giant did also deny to answer as to how many people are using the new feature.

According to an executive, Nathan Sharp, the mission is merely excellent, and they want people to connect. People might get involved with one another romantically. Facebook did not introduce any ads, and neither does the social network giant has any plans to enlist subscription either. Facebook’s entry into the dating industry might put Tinder at a maximum disadvantage.