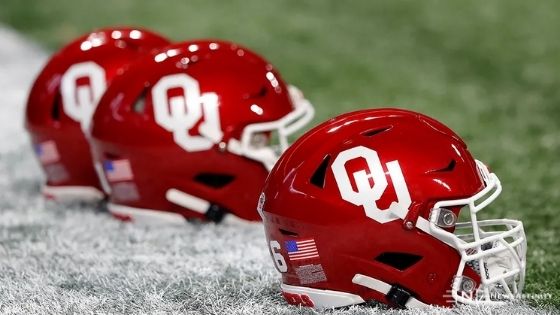 If there was ever a pyramid of importance to be made regarding which college football programs reign supreme as the most important in the country, you will definitely see the likes of the Oklahoma Sooners and Texas Longhorns right up there at the top of the pyramid. This is why it came as a shock for fans and experts all around when both the Sooners and Longhorns informed their respective Big 12 Conference on their intentions of leaving to join the Southeastern Conference. College football odds experts all around are starting to picture how both the SEC and Big 12 conferences will shape up after this move is made and here we offer our take on what this massive and unprecedented move might do and mean for NCAA football moving forward.

Understanding The Decision and Motives

While the decision made by both Texas and Oklahoma to leave the Big 12 Conference in favor of joining the South Eastern Conference (SEC) has put the college football world in shock, this decision is not one that was taken lightly and out of the spur of the moment. Varying conditions and other reasons of force finally tipped the scale in favor of the two biggest schools in the Big 12 Conference to accept the invitation from the SEC to join them as of 2025, once their deal with the Big 12 Conference expires. While scarce fan attendance for conference related games, recruiting methods and results and court rulings regarding athletes’ image and likeness rights and profitability have all come into play, their main reason for leaving the Big 12 in favor of the SEC is one regarding TV media rights.

Given how the landscape of sports has deeply changed ever since the global COVID-19 pandemic struck and also how technological advances have come to play a determining factor in the way sports fans watch sporting events, the two main media partners for the Big 12, ESPN and Fox have been wary about negotiating a new broadcasting deal with the conference. In their current deal each school of the conference would be making a rough estimate of around $37 million dollars per season, a number that does not satisfy Texas and Oklahoma’s desires. By joining the SEC, both schools would be gaining around $45 million per season, given the contract that the SEC signed exclusively with ESPN, starting in the year 2024.

While both networks recognize the strength and importance in their partnership with the conference, they are in no rush to start negotiating a new deal, especially with the present one still having four years left to go.

Schools like Texas and Oklahoma have always been perennial powerhouse programs who usually have top picks when it comes to yearly recruiting classes, but going from the Big 12 conference to the SEC might end up causing a massive shake up in the recruiting panorama for years to come. While the state of Texas has always been seen as one of the top recruiting states if not the best all around, with Texas and Oklahoma joining the SEC, the competition to snag up the best recruits in the state will become much more heated. The best way to see this though is through understanding the effects that this move will automatically bring to all parties involved.

On the one hand, while the SEC could see serious benefits when it comes to recruiting, with the fact that some of the best schools and constant playoff candidates are all in the conference. Schools like Alabama, LSU, Georgia, Auburn, Ole Miss, Missouri, Florida and Tennessee will all welcome the idea of having the Longhorns and Sooners join their fray, making their bids to recruits for playing in their schools that much stronger, given the higher level of competition players will face.

The one school that might have an issue with the move might end up being the Texas A&M Aggies, who have always used the pitch of playing some of the best schools, like Alabama while still playing in Texas as a main hook to get some of the best Texas born recruits to join them. It’s almost a no brainer to understand that if given the chance to pick, most recruits would pick the Longhorns program over any other in the state.

Could This Mean the End for The Big 12 Conference?

Not necessarily, but the panorama does not paint the best of pictures for the conference once both Texas and Oklahoma, their biggest schools leave in 2025. While this wouldn’t be the first time the conference loses a couple of teams to the SEC, with Missouri and Texas A&M leaving the conference in 2012, losing their two biggest schools when it comes to popularity, fan base and recruiting powers could seriously hurt the Big 12 Conference moving forward.

While the future is looking more towards moving into a dissolution of the conference, as of right now, the idea of expansion is not out of the picture just yet? But is it really a good idea to try and expand a conference that just lost their biggest draws? Teams like Iowa State, Texas Tech, Kansas, West Virginia, Baylor and TCU might end up benefiting way more from moving to different conferences than from staying in the Big 12, but we’ll just have to let time decide what the best move will be.

The importance of managing your shareholders