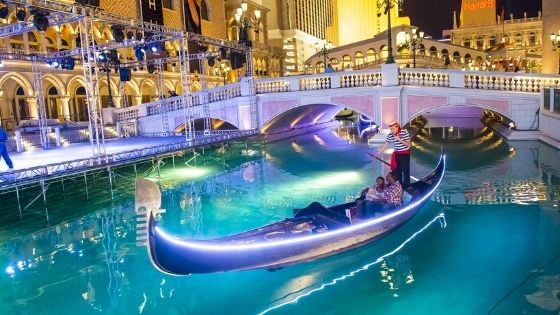 Thousands of people around the world have visiting Las Vegas on their bucket list. “Sin City” is an incredible place, one steeped in history and one that is almost unrivalled when it comes to offering a vibrant nightlife.

Casinos and gambling are usually the first images your mind conjures up when asked about Las Vegas. The City does not bill itself as The Entertainment Capital of the World for no reason. Vegas is the global leader in the hospitality industry and has more AAA Five Diamond hotels than any other city on the planet.

The majority of those lavish hotels houses a bustling casino. Slots stretch as far as the eye can see. The sound of punters riffling chips fills your ears. No city comes close to Vegas in regards to getting your gamble on. Vegas is one of the few US states that allow sports betting at a physical sportsbook. The Vegas sportsbooks are unique and packed with people from all walks of life, especially when a major sporting event occurs. Vegasbetting is your first port of call if you want to bet on sports when in Sin City.

There is more to Vegas than gambling, even if there are more land-based casinos here than anywhere else in the world; there are 51 on the famous Las Vegas strip. Vegas is almost as famous for its blockbuster shows as it is for making it possible to play blackjack 24-hours a day.

“Bellagio Hotel” by mgmresorts.com is licensed under CC BY 3.0

Take In The Delights of a Vegas Show

“O” by Cirque du Soleil is one of the popular shows in Las Vegas. You can find “O” at the Bellagio, where world-class acrobats, synchronised swimmers, and divers strut their stuff around a majestic pool of water. “O” is a great show to see if you are on a date because it features a romantic atmosphere.

Michael Jackson ONE is another incredible show by the Cirque du Soleil. It does not matter if you are a fan or not of Michael Jackson, ONE is a powerful tribute to the King of Pop that is nothing short of spectacular. Head to Mandalay Bay if you want to be dazzled by the extraordinary ONE cast.

Sports fans are well-catered for, with a trio of professional teams calling Las Vegas home. The Las Vegas Aces WNBA team plays at the Michelob Ultra Arena in Las Vegas. Hockey fans can watch the Vegas Golden Knights at the T-Mobile Arena, while NFL junkies should head to the Allegiant Stadium, where they can watch the Las Vegas Raiders in action.

MMA fans can get their fill of the action several times per year because the UFC has its headquarters and its own purpose-built arena situated in Vegas.

Relax Among Some Beautiful Scenery

Anyone who spends any significant time in the hustle-bustle of Las Vegas needs some time away from the neon lights. Thankfully, Vegas is the home to almost 70 national parks, although none are as picturesque as the Red Rock Canyon National Conservation Area.

Red Rock is located in nearby Clark County, Nevada, around 15 miles west of Las Vegas; you can easily see it from the Las Vegas Strip. The park is perfect for those of you who love hiking, biking, and rock scrambling. It is incredible to think the Red Rock area was an under ocean basin at one stage; it was 600 million years ago, but still.

While technically not in Las Vegas, two major tourist attractions are within travelling distance of your Vegas base. The Hoover Dam is a sight to behold thanks, in part, to it being the largest reservoir in the United States when it is full. It impounds Lake Mead, another beautiful place to visit if you want some rest and relaxation.

The North Rim and South Rim of the Grand Canyon are a 4.5-hour drive from Las Vegas, although you can fly there in approximately 45 minutes. It is definitely worthwhile making an effort to see one of the seven natural wonders of the world when you are so close to it.

Will Blockchain technology disrupt or rebuild the banking & financial sector?