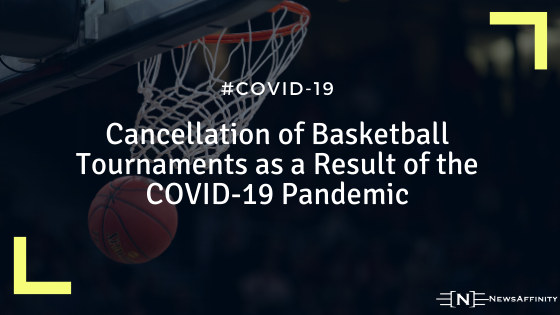 It’s a hard time for basketball. In a time where normally, all courts would be alive with basketball players trying their hardest to score a point, now everything has become quite a ghost town due to the COVID-19 situation. Even the C-USA tournaments were canceled abruptly – literally minutes before the women’s basketball team of Marshall University was about to go in the quarterfinals. The situation is taking over the entire basketball world, as every event has either been canceled or postponed.

On March 12, 1020, Conference USA announced on their page that the Basketball Championships of 2020 would be canceled effective immediately. Amid the ongoing pandemic, it was not certain when the situation will pass, which is why the safest bet was to cancel the C-USA tournaments altogether. Any basketball betting odds that were going on during that time were either lost or postponed, causing many of the bettors to go through incredible losses.

This means that both men and women’s tournaments were being placed on the shelf. Later on, the NCAA canceled every other basketball tournament in light of the coronavirus pandemic – an action that placed American sports on complete lockdown. People that placed a bet on basketball might not feel very lucky during this time.

It is not yet certain how long it will take until everything goes back to normal. Managers and basketball players are hopeful that they will be able to resume activity by August-September – but this also depends on how the entire situation will progress. However, what is true is that the bigger championships are difficult to be rescheduled – which is why they have been forced to cancel altogether and restart the season in 2021.

“It’s surreal.” Those are the words that the women from Marshall University used to describe the situation. Their tournament was set to start on March 12, but they have abruptly received the news that morning that the Conference USA would be canceled. They were just going through the pre-game instructions after warming up for the game before the announcement came.

Seven minutes before entering the basketball field, the intercom delivered the announcement that the entire Conference USA would be canceled due to the COVID-19 situation. Fans that were currently in the public, following the basketball betting odds, were instructed to make their way towards the exit all while maintaining their distance – and just like that, everything was over.

We’ll have to wait and see when the tournaments get back on track. While it is difficult to face the reality that this year’s games are all getting canceled, the players are still feeling optimistic about the situation. They agree that what matters now is looking out for each other so that they could meet once more on the basketball field – when everything will be safe.

It is not yet certain how long it will be until the pandemic is over and the tournaments will resume– but what is certain is that both players and fans are eager for them to restart.