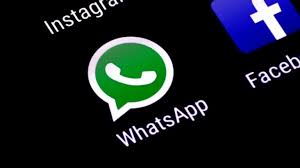 In India, the most common issue revolves around the traceability of the WhatsApp messages for checking the spreading of fake news, According to Nick Clegg. By the looks of it, Nick Clegg is the VP of Communications and Global Affairs on Facebook. On the other hand, there are several alternative ways by which India end the issues. Currently, there is no reference regarding the traceability origin of the messages of WhatsApp.

WhatsApp categorically told in the past that the demand of the Indian government for tracing the origin of the messages on the platform. By the looks of it, if WhatsApp messages become traceable, then it would undermine the privacy of the people. It is important to note that Clegg is the former UK’s Deputy PM before he came over to work with Facebook.

On the other hand, Clegg did also visit India in the previous week; later, he met several senior government officials of the country. Including Ravi Shankar Prasad, the IT minister of India. During the visit, Prasad did ask Clegg to assist law enforcement agencies in several ways. The sources suggest that Clegg was going to assist in providing data analysis for accessing the meta-data.

The spokesperson of Facebook said that the social network giant cares deeply regarding the safety of the people of India. The recent meeting of Nick did provide an opportunity for the people to discuss the commitment to support privacy. In addition to this, the app will also provide security to users in a very drastic manner.

The spokesperson also said that Facebook would work productively with the Indian government when it comes to sharing the goals of privacy and security. Back in 2018, in December, The Electronic and Information Technology Ministry came up with a proposal to enact Section 79. According to sources, Section 79 is the Information Technology Act of 2000. The regulation is necessary to legally authorize the governmental agencies to enable tracing the originators of the information.

WhatsApp comes with the end to end encryption which makes it tough for the regulators to find the source. In a country like India, the cutting-edge feature of the app provides the possibility of misusing. Facebook, the parent company of WhatsApp, currently has more than 300 million users across India.

Indian officials want to get to the origin of the files

Facebook did file a petition for transferring the entire case which looks at enforcing of the traceability over WhatsApp. The case is currently a sub judice in the High Court of Madras. Nevertheless, Tamil Nadu aims Facebook to gain the transfer of petition to dismiss the case of the Supreme Court.

One of the IIT-Madras professors said that it is easy to resolve the issue without having to dilute the end-to-end encryption. Moreover, end-to-end encryption is very important to keep the privacy of the users intact in the country. If the company in charge of handling WhatsApp suggest that it is not possible to display the message of the originator. Moreover, it is possible to make things happen.

Cubans are avoiding the U.S. sanctions to use cryptocurrency