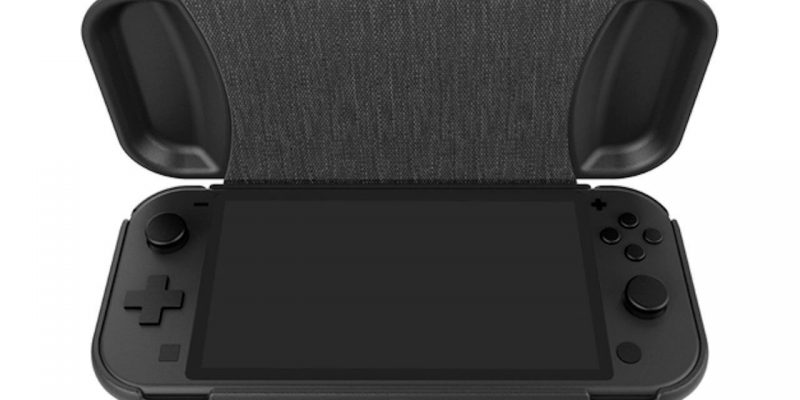 The multinational video game and consumer electronics company, Nintendo begins teasing the launch of a brand-new accessory. By the looks of it, the fixture is for the users who use the Nintendo Switch which Nintendo will unveil. The launch of the new accessory will take place on the 12th of September 2019.

The official video of the accessory suggests that it is ultimately a flexible ring which will attach with Joy-Con controllers. The gaming industry experts have said that the accessory would aid the gamers when they play games comprising physical movements. Some of the games in the ecosystem of Nintendo requires different postures to have an immersive experience. Moreover, this would do just the trick.

The new teaser trailer also suggests that it is a strap-like attachment for controllers. In addition to this, the Japanese video game company will also announce the classic NES along with SNES titles. Moreover, users can enjoy a distinctive feature of Nintendo Switch Online as Nintendo plans to remove the monthly subscription. Nintendo is entirely sure that it would not provide the service on the pre-existing monthly basis.

Where did Nintendo release the official video?

Nintendo took it to its official YouTube channel to release the teaser trailer of the new product. At first glance, the users will notice that the original product is a flexible and sizeable ring-like accessory. Furthermore, the accessory easily attaches itself with the Joy-Con controllers to provide optimum gaming experience.

The trailer also showcases users interacting with the controller in different ways. By the looks of it, the users can use it as a steering wheel to rotate the accessory in distinctive postures. Moreover, the same accessory can also be moulded into a different form altogether and attach to a leg like a strap. In this posture, it looks like the user is holding the Joy-Con control with a pocket.

Nintendo is yet to release the name of the accessory that the video game company will release in three days. One thing is for sure; the new accessory is convenient for the fans. The fans of Nintendo are quite thrilled regarding the launch of the original product. However, the fans have to wait until the 12th of September for the product to get an official launch date.

Nintendo is making changes to the NSO

According to sources, Nintendo is pouring in its best resources to bring massive change to the service, Nintendo Switch Online. There is a highly likely chance that the new changes would disappoint the longstanding fans of SNES and NES game. Nintendo also said via a blog post that the games would allow irregular addition to the library of Nintendo Switch. Moreover, this is the departure of the monthly service that Nintendo is talking about for a long time.

One of the notable representatives of Nintendo said that More NES games would make its way to Nintendo Switch. However, there is a setback as those releases won’t cleave to a regular schedule. The moment Nintendo came up with Nintendo Switch and Nintendo Switch Online, the addition of game in the ecosystem was taking place every month. But things are going to change now significantly.

Apple is keeping a close eye on the cryptocurrency industry

Whales have moved Bitcoin of around $1 Billion to one wallet

By Vikas Kaushik13 hours ago0