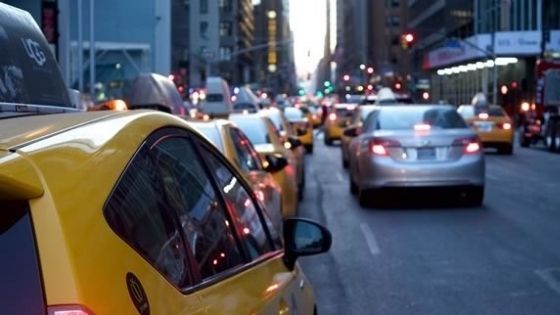 Uber has taken the world by storm and it’s surprising to see how fast it was able to make such a mark on the transportation world. Many people see the app as the first option when they need a ride and taxi services have been feeling the effects lately.

While many have decided to go for litigation, there’s no sign that the courts will step in and stop Uber, especially now that the company is valued at more than 60 million US dollars. That means that the taxi industry will have no choice but to adapt and find solutions. Here’s how the taxi industry can stand up against Uber and other ridesharing services.

One of the main reasons why people love using Uber is because of the convenience of its app. Being able to see where your ride is at all times or the number of available riders in your vicinity are two features that set Uber apart from the traditional taxi experience.

That doesn’t mean taxis need to stay in the past, however. You have taxi services like Premier Minicabs that are offering roughly the same experience through their own app. Users are able to book Kingston cabs in advance and do pretty much everything they can do through Uber. Simply taking that step and pushing the app aggressively could convince many to go for a traditional cab.

But, the main reason why so many people decide to go with ridesharing services is the flexible fares they offer. People love being to save depending on the time of the day they are moving. They love the idea of being able to know how much their whole ride will cost as well.

Taxis, on the other hand, can be extremely unpredictable. The worst nightmare is getting stuck in traffic when you could be forced to get out of the cab so you don’t end up paying triple the fare. Taxi companies would be wise to adjust their fares based on demand if they want to be able to compete.

Focus on the Security Aspect

Cab companies should also focus more of their marketing on safety. This is the one area where they can claim to be better than ridesharing services, so increasing their security protocols and showing the process their drivers have to go through might sway some of the public’s opinion in their favour.

They have to abide by these safety rules, however, and make sure that swift disciplinary action is taken against offenders. Assault is still something that happens in both cabs and Ubers, so they have to make sure that they respond immediately to any scandal. They can’t afford to let stories like this blow up and have to show real intention and action in stopping them in the future.

These are all examples of things the taxi industry could do to be competitive against Uber and other ridesharing services. The only option is to focus on what they do best and look at what makes these services so popular.

7 Encrypted and Safe Messaging Apps on iOS and Android