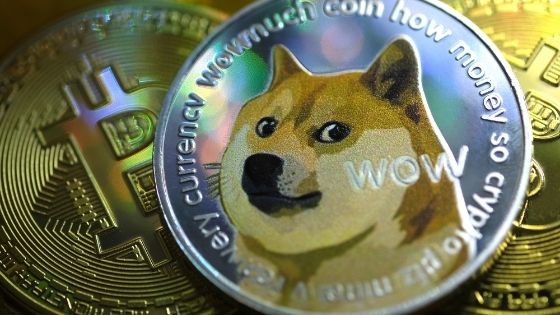 Recent news from the Wall Street Journal about a crypto whale who owns 28% of the total supply of dogecoin simply shocked the crypto industry.

Indeed, there is plenty of reason behind that type of reaction, given the fact that dogecoin was not supposed to be a serious digital currency and now the biggest holder of this meme-token has a position worth approximately $2.1 billion. With so much noise, many people preferred to buy Doge than to purchase Bitcoin.

In this article, we will discuss the reasons behind the popularity of dogecoin.

It is impossible to deny the influence of several celebrities on the global popularity of dogecoin. Recently, the number of artists and influencers who support dogecoin grew exponentially.

However, the real reason why it pumped so much was due to Elon Musk’s tweets, where he “endorsed” doge. At first glance, it was hard to identify if it was either a serious instance or a marketing manipulation strategy, but the fact is that dogecoin went bullish-mode-on and its price jumped as much as 31% after Musk’s tweets.

Let There be Dogecoin – How Did it Start?

Created in late 2013, the purpose of dogecoin was to be a parody cryptocurrency.

The minds behind the project – Jackson Palmer and Billy Markus – consciously designed the altcoin to be “as ridiculous as possible”, which is quite the contrary from the majority of ICOs and similar token projects.

They did not linger to materialize the project, choosing a dog from the Japanese breed Shiba Inu as the token’s logo and issuing a virtually infinite total supply of tokens (100 billion coins).

Their purpose was to rely on “wacky decisions” to make the cryptocurrency undesirable, so it would not be taken seriously by investors or crypto enthusiasts. Weirdly, they simply gave up on a supply limit to discourage “hodling” amongst users.

The project’s infrastructure was forked from Lucky Coin, which was the result of another fork on Litecoin, a well-known Bitcoin fork. There was no ICO, no financing round, no meetings, and no champagne – the project was done out of a complete joke.

Palmer and Markus also implemented the “random block reward” schedule on dogecoin’s mining mechanism, as they thought it would irritate miners and prevent people from using their tokens.

Ironically, none of these strategies tailored to move away any chances of success were successful. Just one month after dogecoin was officially launched, its website was visited more than a million times within a short period.

In early 2014, dogecoin’s block reward schedule was changed into a fixed standard, similar to Bitcoin and other cryptocurrencies. This way, the doggo token became more feasible financially, following the ever-growing number of users.

The community of dogecoin users grew rapidly, which helped to create a solid foundation of followers that could be compared to a cult.

Dogecoin users soon became part of a type of “brotherhood”, joining forces together to prove that the meme-token was not a joke and could be utilized to solve real-world issues.

In the same year, Doge’s community started to raising donations entirely based on doge tokens to help a wide array of charitable/social causes worldwide. The media became interested in the movement, and soon the news was covered by posts featuring dogecoin.

The community has managed to help several worthy causes around the world, including:

There are multiple reasons behind dogecoin’s popularity, including the irony of fate, a loyal and proactive fanbase community, and constant endorsements made by celebrities known all over the world.

However, the most recent hype around doge was sparked by none other than Tesla CEO Elon Musk. From early February onwards, Tesla’s CEO utilized his Twitter account to post things like “Doge”, “Dogecoin is the people’s crypto”, and “No highs, no lows, only Doge.”

We must remember that dogecoin was born as a joke, and it’s likely to remain the same way. It’s a highly speculative investment, and hence, it’s better for an investor to check out cryptocurrency prices of better options such as BTC, ETH, ICX, LTC, ADA, etc.

Instagram Versus TikTok: Where Should Your Brand Invest In?