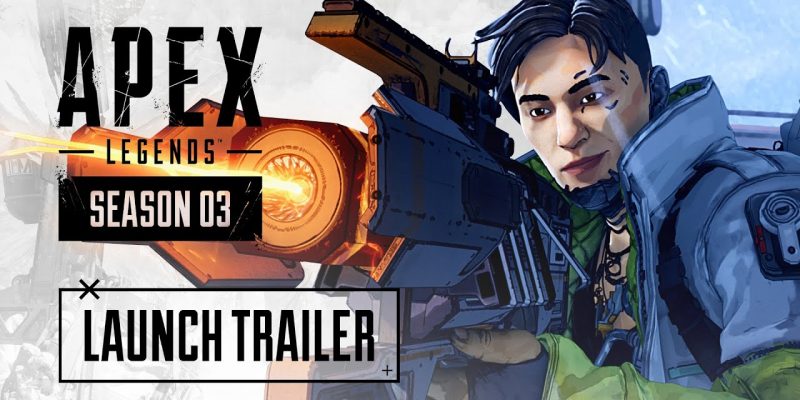 Season 3 is soon to start in Apex Legends. And even before its start, another new player has been teased by the developer of the game, Respawn.

The twelfth character will presumably be launched in the game at the onset of Season 4. This announcement isn’t too peculiar for Respawn as the company is known to tease characters and weapons long before their launch in the main game.

In the launch trailer of Apex Legends Season 3, there is Crypto accompanied by other characters. The Legends are dropped on a new map called the World’s Edge to engage in their first battle.

The brand new map is located on a new planet. Before being dropped into action 4 teams of 3 legends each is formed.

Since Crypto is the eleventh legend, there must be only eleven characters is the room. A closer inspection reveals the presence of a twelfth character.

In the trailer, if you pause the video at 0:51, just before when the legends are being lowered to be dropped, you’ll see the 12th character.


Let’s go with counts of the characters in the trailer to be sure. On the left, we can see a squad consisting of Pathfinder, Caustic and Octane.

In the front, there is Bloodhound, Gibraltar and Bangalore ready for some action. And in the background, there’s Crypto teamed up with Lifeline and Mirage.

So on the left, there must be only two characters, Wraith and Wattson, but instead, you can see another character, a third one. He or she, we don’t know, is looking opposite the centre of the lowering module and is wearing some sort of armour and a helmet.

There have been other instances where Respawn includes a moment of a character in the trailer meant to announce another character, and the hidden character ends up stealing his thunder.

In the deep dive gameplay trailer which was released at the time of Apex Legends’ launch, for example, shadow outline of both Octane and Wattson can be seen, the characters meant to be released during Season 1 and Season 2 respectively.

And Pathfinder shoots Bangalore with an L-Star, a weapon which was to be added to the game during Season 2

Bungie will be releasing other title by 2025