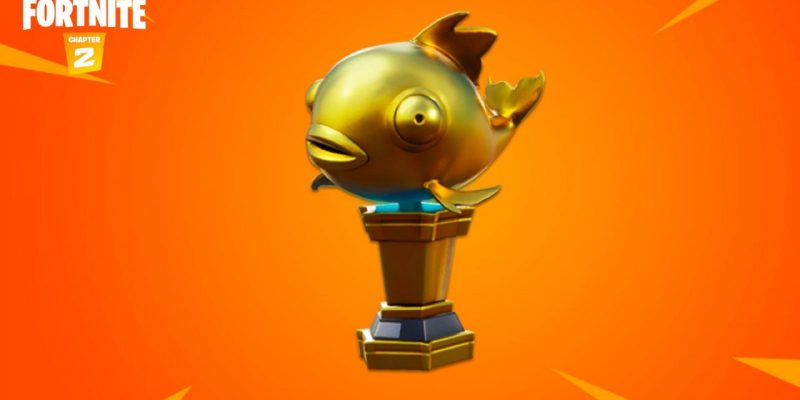 Since the onset of Fortnite Chapter 2, there has been a topic about the existence of the Mythic Goldfish. Until recently, no one saw it, devs said nothing, no recorded evidence, nothing. It is a weapon that holds the key to great power and can kill an opponent with one strike. Not one player had recorded the evidence that they had acquired one. However, the mythic was proved to be a  truth as a player used the Mythic Goldfish to kill a player who apparently “was eliminated by a mythic goldfish! [the player] thought it wasn’t in the game yet.”

I was eliminated by a mythic goldfish! I thought it wasn’t in the game yet! from FortNiteBR

Mythic Goldfish is an annihilator, and believe me when I say that. It is a trophy and can be thrown at players which deals with some damage. But the fish doesn’t deal some damage, it deals a whopping 200, which btw is enough to destroy a player even if equipped with a shield. As always, the Goldfish was spotted by the players strolling through the game files.

Evidently, the drop chance of the Mythic Goldfish is lower than anything in the game (duh!). the player thought that the item was in the game files to be released in the future, but now that it has been recorded, we’re sure enough that now its in the game.

Many new mechanics were added to Fortnite with Chapter 2. This includes fishing. Fishing being a hazardous task award the player with the Mythic Goldfish. The task is dubbed dangerous because there are water pockets in the new maps for the player to fish, and when players do it, they are open and can be killed quickly or get caught in the storm.

Finally, Batman has come to Fortnite!

Considering the super-serious damage, the low dropping rate and overcoming the risky situation are justified. As seen in the video, the Goldfish drop after it is used to kill so the player can pick it up for further use. This assures that once acquired, it can be used as many times as acquirer wishes.